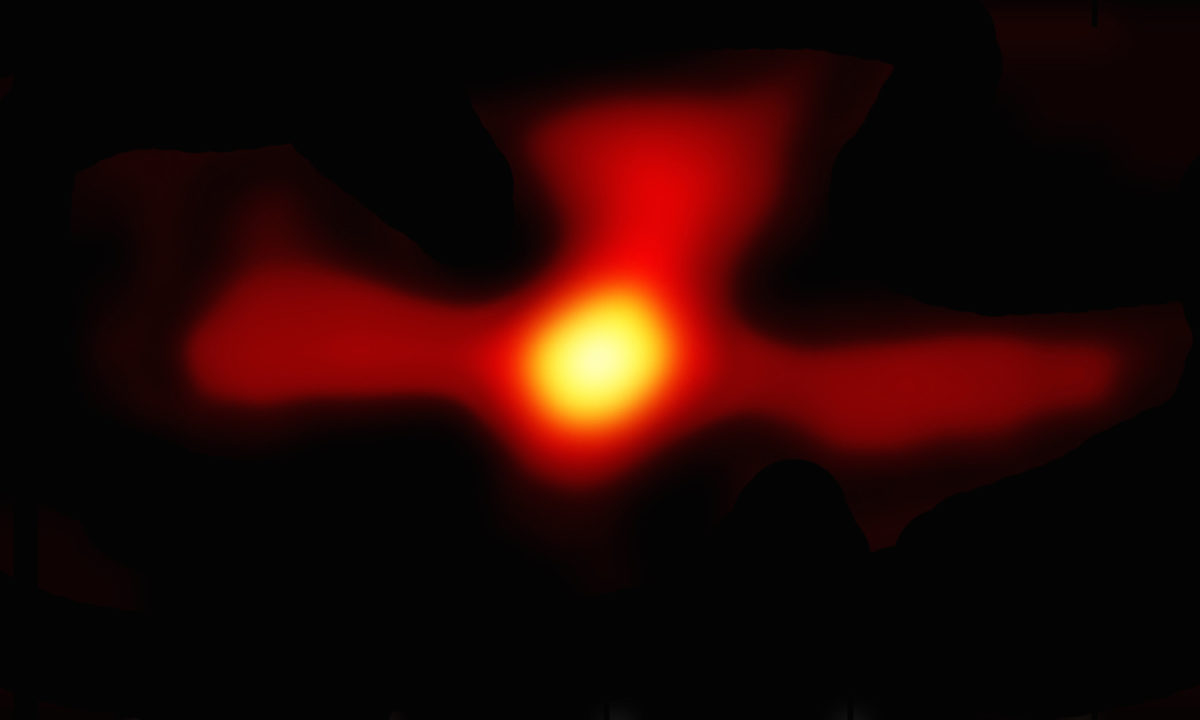 The basic difference between matter and antimatter is that they have opposite charges. A proton has a positive charge, while an antiproton a negative one. Positively charged positrons are the antimatter version of negatively charged electrons. What’s interesting is that the signs of electric charge are a fluke of history. We could have assigned a positive charge to electrons and a negative one to protons. There’s nothing special about choosing one or the other. So you might think that an antimatter universe would look exactly like our regular one. But matter and antimatter have subtle differences.

One of the main differences has to do with neutrinos. Neutrinos don’t have any charge, so if the sign of charge were the only difference between matter and antimatter, “antimatter” neutrinos would be identical to “matter” neutrinos. But it turns out they are slightly different. Neutrinos have a property called helicity, which describes whether they spin to the left or the right as they travel through space. Matter neutrinos have left-handed helicity, while antimatter one have a right-handed helicity. That might not seem like a big deal, but in 1956 Chien-Shiung Wu looked at the radioactive decay of cobalt-60 atoms. She found that left-oriented and right-oriented atoms decay at different rates. Since handedness is different between matter and antimatter, the two might decay at different rates. This might be the reason why we don’t seen lots of antimatter in the universe.

But suppose there was an antimatter universe that had lots of anti-hydrogen and anti-helium after its big bang, just as our early universe had lots of hydrogen and helium. It would seem reasonable that these could fuse to heavier antimatter elements in the cores of antimatter stars, and this could produce antimatter planets and perhaps even antimatter life. What would these creatures see when they look up into their night sky?

In this case we know it would look much like our own night sky. Recently we’ve been able to produce anti-hydrogen, and we have looked at the type of light it produces. We found that anti-hydrogen produces the same kind of light as regular hydrogen. So an antimatter Sun would emit the same light as our Sun. Light would reflect off an antimatter moon just as it does our Moon, and our antimatter cousins would see a sky filled with stars, nebulae and planets, just like we do.

Of course all of this is based upon the assumption that antimatter would collapse under gravity to form stars in the first place. We think that should be the case, but what if antimatter also had anti-mass? What if anti-atoms gravitationally repelled each other? In that case, an antimatter universe would never form stars or galaxies. Our antimatter universe would simply be filled with traces of anti-hydrogen and anti-helium, and nothing would ever look up at the cosmic sky.  While we think antimatter has regular mass, we haven’t created enough of it in the lab to test the idea. For now we can’t be sure.

The First Ones
Closer Than They Appear
Another Brick in the Wall
A Bit Farther
The Gripping Hand
Order Of Magnitude
Sword of Damocles
Selection Bias
Cosmic Ring is Interesting, But Not Impossible
Stoking the Fire