Hydrogen is the most abundant element in the Universe. It consists of a single proton paired with an electron. Since the proton and electron are bound together, the electron must reside in particular energy states. When the electron transitions from a higher energy state to a lower one, it releases light with a specific color. Each energy transition for the electron corresponds to a particular color, and together they form the emission spectrum of hydrogen. All atoms have nuclei of protons and neutrons bound to electrons, and the resulting emission spectra allow us to determine what makes up distant objects. It’s one of the most powerful tools in astronomy.

One of the ways we distinguish particles is by their charge. Protons are positively charged, while electrons are negatively charged. In 1932 Carl David Anderson discovered a particle that had the same mass as an electron, but with a positive charge. Later it was discovered that protons also had a twin with the same mass, but negatively charged. Such charge-reversed particles came to be known as antimatter. We found that matter and antimatter could annihilate each other to produce intense gamma ray light, and intense energy could create pairs of particles consisting of one matter and one antimatter particle.

In principle, from basic antimatter particles we could create anti-atoms and anti-molecules. If an anti-proton is bound to a positron (anti-electron) it would create anti-hydrogen. According to our understanding of physics, anti-atoms should be identical to their matter twins except for the reversal of their charges. The positrons of anti-hydrogen should be quantized into the same specific energy states as electrons in hydrogen, and when they transition between energy states they should create the same emission spectrum as hydrogen. At least that’s the theory. Proving it is a much harder challenge.

Although we’ve been creating antimatter in the lab since the 1930s, it wasn’t until 1995 that we were finally able to create anti-hydrogen. That’s because the antimatter we create tends to form with lots of kinetic energy, and getting a positron and anti-proton to slow down enough to bind together is difficult. Once they do form anti-hydrogen we face a second challenge, specifically that anti-hydrogen, like hydrogen, is electrically neutral. When particles are charged we can easily push them around with electric and magnetic fields. It’s harder to to contain neutral antimatter.

But recently we’ve been able to create and hold hundreds of anti-hydrogen atoms for more than 15 minutes. That might not seem like much, but it means we can finally start doing some experiments on anti-hydrogen. In a recent experiment, anti-hydrogen atoms were bombarded with laser light. The positrons of those atoms absorbed some of the light, putting them in excited states. After a bit the positrons transitioned back to a lower energy state and released light of their own. It’s the first case of light being emitted by anti-atoms in the lab. The team that achieved this also measured one emission line of anti-hydrogen, and found that it was the same as that of regular hydrogen.

Although this is only a basic first test of light from anti-hydrogen, it’s a pretty significant achievement. As we’re able to create and store more anti-hydrogen for longer periods of time, we’ll finally be able to test whether anti-hydrogen has subtle differences in its spectrum that points towards new physics through the looking glass.

Are We Living In A Black Hole?
As You Like It
Sphere of Influence
The Rules
Close Enough
Wants And Needs
Little Neutral One 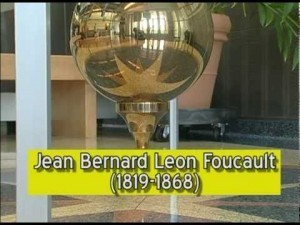 And Yet it Moves
Free Willy