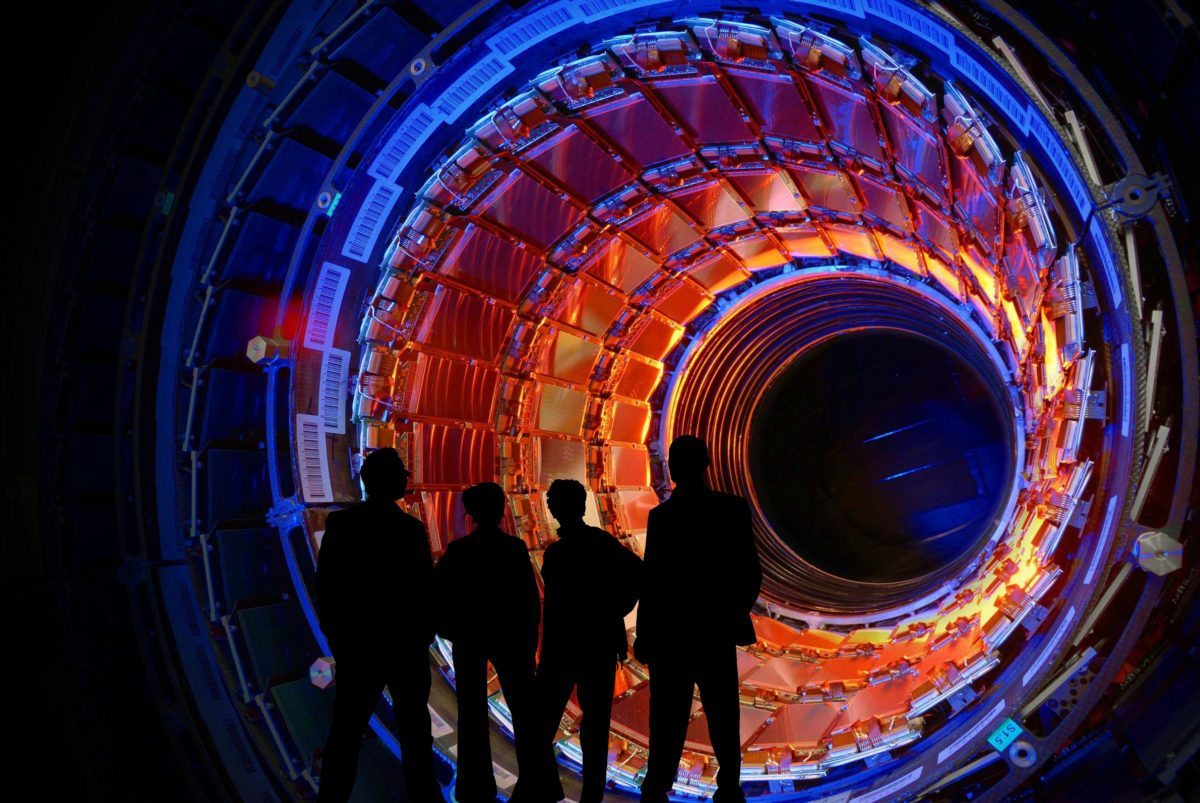 Humans are mortal. Not just as individuals, but also as a species. We can defend against many of the existential dangers to humanity. Threats such as global warming and pollution are well understood, and we can take steps to address them if we have the will. Even cosmic threats such as a civilization ending impact can be mitigated given time. But what about a deeper cosmic threat? What if the Universe could destroy not only our planet, but the entire galaxy, and what if we could never see it coming?

Recently there’s been buzz about an idea known as the false vacuum scenario, and it’s terrifying to think of.

Usually a physical system will try to get to the lowest energy state it can, releasing that energy in some form. In classical physics, if a system reaches a state of low energy it will remain there even if a lower energy state is possible. Imagine a ball rolling into a small valley on the side of a mountain. If the ball could get out of the valley it would roll even farther down the mountain. But the ball has no way to get out of the valley, so it will remain their indefinitely.

The observed mass of the Higgs boson supports the idea that the Universe is in a metastable state. Credit: Wikipedia

Our Universe is a quantum system, so one of the big questions is whether it happens to be stable and in the lowest energy state, or in a higher energy state and only metastable. In the standard model of particle physics, the answer to this question can be answered by the mass of the Higgs boson and the top quark. These two masses can be used to determine if the the vacuum state of the electroweak force is stable or metastable. Current observations point to it being metastable, which means the current state of the Universe might be temporary. If so, the Universe could collapse into a lower energy state at any time. If it does, then everything in the Universe would be destroyed. And there would be no way to see it coming. We would just exist one moment, and dissolve into quantum chaos the next.

But how likely is such a scenario? It’s tempting to argue that since the Universe has existed just fine for nearly 14 billion years, it will probably exist for billions more. But that’s not how probability works. If you toss a fair coin ten times and each time comes up heads, that doesn’t mean it will likely come up heads the next ten times. The odds of each toss is 50/50, and just because you got lucky the first ten time doesn’t mean you will on toss eleven. However there is also the possibility that your coin isn’t fair, in which case you would expect to keep seeing heads. So if you get heads ten times in a row, what are the odds that the coin is fair?

The more likely the doomsday scenario, the less likely Earth would have formed later.

We can use this idea to estimate the likelihood of the false vacuum scenario. We live in a Universe that is about 14 billion years old, and Earth formed when the Universe was about 9 billion years old. If the false vacuum scenario were highly likely, then the odds of our planet forming so late in the game would be tiny. The more stable the Universe is likely to be, the more probable a late-forming Earth is. As with the coin toss, the fact that we live on a planet that only formed 5 billion years ago means the odds of cosmic destruction must be quite small. Doing the math, it comes out to a chance of about 1 in 1.1 billion years.

So even if the Universe is metastable (and we still don’t know for sure) it is at least very, very stable. There are lots of other existential threats that are more likely, and we would do well to focus on them. If we rise to the challenge there is still plenty of time to explore the stars.

Cosmic Cryptology
Echoes
If It Ain’t Got That Swing
Twist of Fate
The Left Hand of Darkness
Sphere of Influence
Metamorphosis
The Youngest Distance Galaxy
Light Matters
Does the Aether Exist? Hint: No