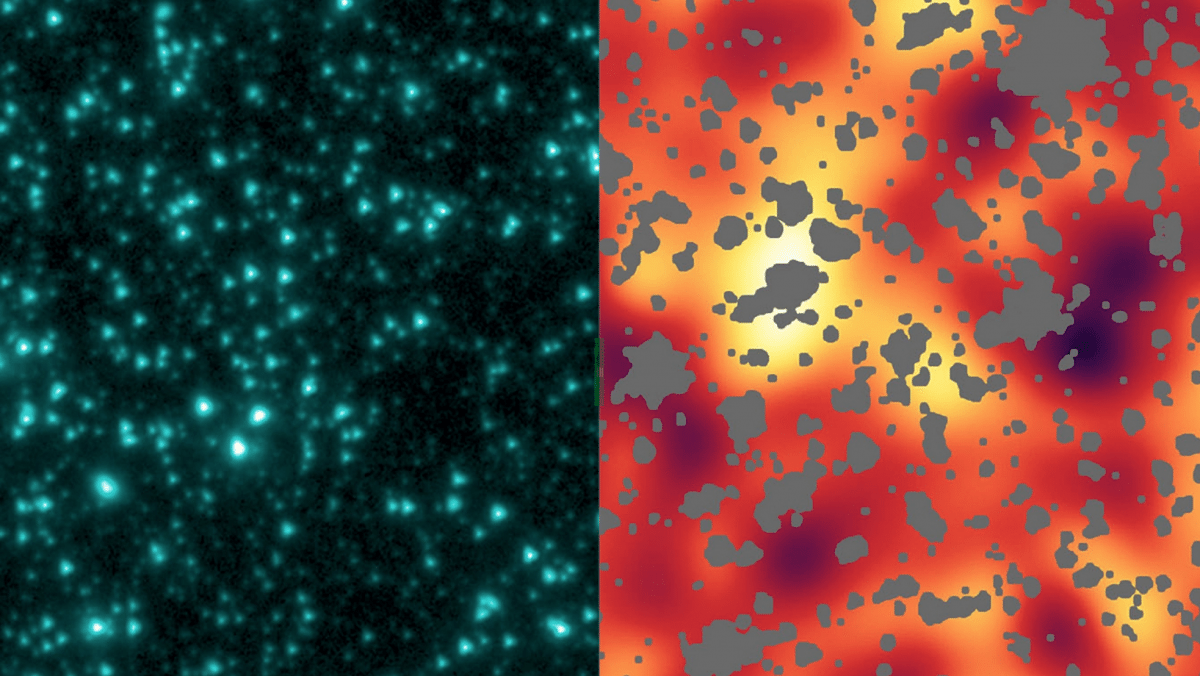 Dark matter is the most common matter in the Universe, accounting for nearly 85% of the total mass of the cosmos. But while we know dark matter is out there, we have no real idea what it is. Lots of ideas have been proposed, such as WIMPs or exotic particles known as axions, but another idea is that it might be caused by black holes. Not ones that formed from dying stars or the giants in the hearts of galaxies, but primordial black holes that formed soon after the big bang.

The recent detection of gravitational waves, however, has rekindled interest in dark matter black holes. The LIGO observation saw the merger of two black holes roughly 30 solar masses in size. This is curious, because we’d expect stellar collapse black holes to have less mass than that, and intermediate mass black holes found in star clusters typically have more mass than that. It’s hard to imagine how the LIGO black holes could have formed from either stars or mergers, but they do fall within the upper range of primordial black hole models. They also fall within the mass range that’s hardest to rule out as a dark matter candidate.

A recent paper in the Astrophysical Journal Letters argues that black holes like the ones seen by LIGO could account for dark matter. To support this idea, Alexander Kashlinsky looked at fluctuations in the cosmic infrared background. Unlike the cosmic microwave background, which is the thermal remnant of the big bang, the cosmic infrared background is caused by a wide range of processes that produce infrared light, such as heated gas within galaxies. Fluctuations in this background can tell us about the structure of its sources. Kashlinsky compared infrared fluctuations with the distribution of known sources such as galaxies, and found some of the fluctuations couldn’t be accounted for by known sources. The scale of these fluctuations agrees with a dark matter distribution of LIGO-mass black holes. So it’s possible that black holes could explain dark matter after all.