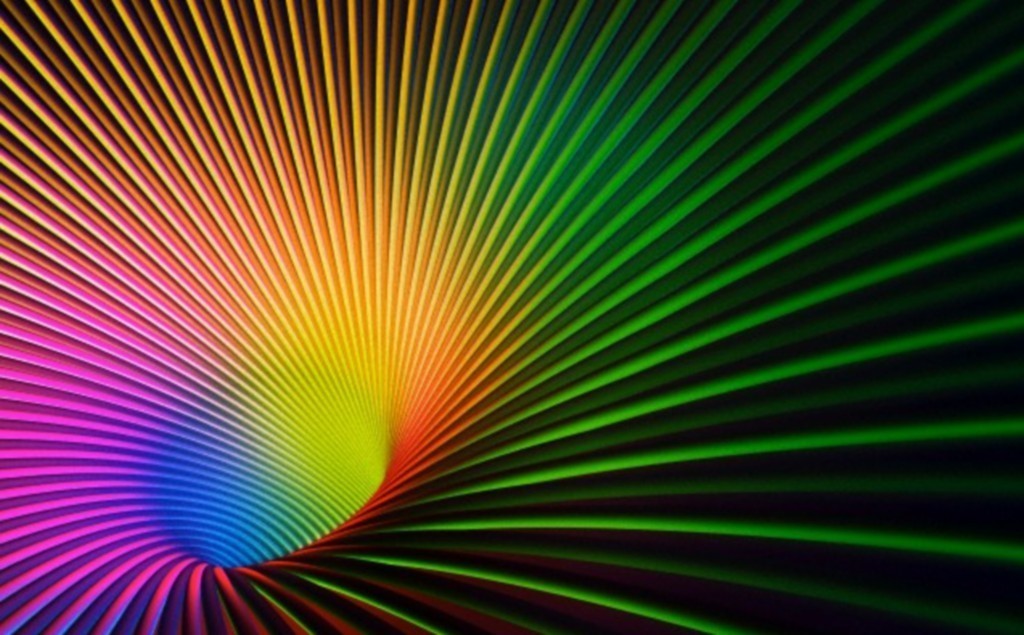 There’s been some buzz in the news about how the Large Hadron Collider (LHC) might disprove the big bang by discovering rainbow gravity. It certainly makes for a catchy headline, but the big bang is an observational fact, regardless of whether there was a primordial singularity. No experiment the LHC is planning will disprove the big bang. The term “rainbow gravity” might seem like the most hyped aspect of these recent headlines, but actually it’s just a funny name for a somewhat interesting idea.

Rainbow gravity is one aspect of an approach to quantum gravity known as the principle of general locality. In Newton’s relativity, motion is relative, but all events are set against an absolute background space and time. In other words, all observers agree on the time and place of a particular event. In Einstein’s relativity this isn’t the case. There is no absolute spacetime framework, so different observers will disagree on things such as how long a particular event takes, or even which of two events occurred first. However, if two objects happen to interact at a specific time and place (at a specific spacetime coordinate) then all observers will agree that the event happened at the same spacetime location. In physics this means locality is absolute.

General locality is an extension of relativity where a spacetime location is not universal. If an observer in one frame sees an interaction at a specific spacetime coordinate, another observer might not. Both observers would agree the interaction was local, but might disagree about the specific location. Thus locality is relative rather than absolute. Just as relativity was used as a way to unify space and time, general locality can be used to unify spacetime and momentum into a general “phase space.” Basically, time, location and motion are combined in this model.

While it’s a pretty wild idea, it does have some testable predictions. Since particles of different energies (momenta) see different spacetimes, their paths are slightly different. This is true for light as well, so different wavelengths of light should have slightly different speeds. This isn’t something we could measure under normal conditions, but near the event horizon of a black hole the speeds could vary enough to be measurable. Just to be clear, there’s no evidence that such a thing actually occurs at this point, and “rainbow gravity” as it is called is just one idea towards quantum gravity among a great many ideas.

Where this connects to the LHC is that there has been speculation that the collider might create micro black holes. It isn’t considered likely given what we know, but some very speculative models suggest that they might occur. If these speculative models are correct, and if the LHC creates micro black holes, and if general locality and rainbow gravity is correct, and if this causes the micro black holes to decay in different ways from that expected by general relativity, then the LHC might be able to detect it. Since one of the other predictions of rainbow gravity is that the universe didn’t begin with a singularity, and since the big bang is often conflated with such a singularity in the popular press, you therefore get headlines such as “LHC may disprove big bang by discovering rainbow gravity.”

Unfortunately these types of headlines are likely to become very popular. The reality is that the LHC provides an opportunity to look for new physics beyond the standard model. There are a lot of new ideas that could be put to the test when the collider becomes active at its highest energies ever, so folks are staking their claims and placing their bets. Perhaps the journalists would do well to see who actually wins this pony race before writing about the outcome. 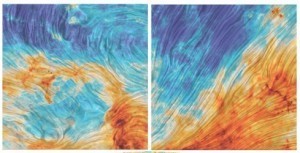 And the Number Shall Be Three
Numbers Game
Infinity and Beyond
How Do We Know Gravity Is Constant?
You’ve Doomed Us All!
A Short Period
Yep, The Universe Is Not A Hologram
Gravity Check
It’s Only a Model 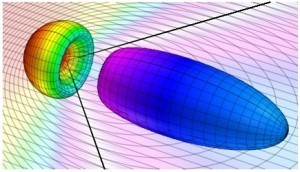