If an alien civilization wanted to study planet Earth, how might they do it? They could use powerful telescopes to measure the physical characteristics of our planet, or they could listen for signals from our TV and radio broadcasts. These are things we are doing in our search for alien civilizations. But a really advanced alien civilization might try something a bit more ambitious, such as an actual mission to Earth. One way to do this would be to build a probe within an asteroid, and send it on a journey across the stars. The asteroid could shelter the probe during it’s long trip through interstellar space. Once it arrived in our solar system, the probe could gather detailed information about Earth and the solar system. It might even try to communicate with humans by beaming a radio signal in Earth’s direction. Such an alien probe would look a lot like the recently discovered asteroid Oumuamua, which is why the Breakthrough Listen project wants to study it.

Oumuamua was discovered in October by the Pan-STARRS 1 telescope. Unlike any other asteroid, Oumuamua has an interstellar orbit. It is moving through our solar system so quickly that could not have originated in our solar system. Based on its trajectory, it came to our solar system from the general direction of the star Vega. Coincidentally, Vega is star aliens first communicated with humans from in Carl Sagan’s novel Contact. In addition to being the first confirmed interstellar object to enter our solar system, it also has a highly unusual cigar shape, with a length about 10 times longer than its width. Add to this the fact that Oumuamua made a relatively close approach to Earth, within 15 million miles of our planet, and it begins to look a bit alien.

Odds are this asteroid is just a chance visitor to our system. We’ve known that some asteroids can escape the solar system through close flybys of large planets like Jupiter, so it makes sense that asteroids from other star systems could travel between the stars. Such interstellar visitors might be rare, but they don’t require aliens to send them on their way. But Breakthrough Listen is interested in finding evidence of alien civilizations, no matter how long the odds. So when Oumuamua was discovered, it made for a promising target.

Oumuamua is currently about 2 astronomical units away from Earth. About twice as far as the Earth is from the Sun. That’s still much closer than many of the probes we’ve sent into space, such as Cassini and New Horizons. If it is an alien probe sending radio transmissions we should be capable of detecting them. So Breakthrough Listen will use the Green Bank Telescope to look for any evidence of alien technology, searching across four radio bands, from 1 to 12 GHz, for a total time of about 10 hours. If an alien probe wants to be detected, that’s a good frequency range to search.

Just to be clear, the odds of Breakthrough Listen finding anything are really slim. Studies so far haven’t found anything that would imply an artificial origin. But even if Breakthrough Listen doesn’t find anything, their observations will add to those we already have, and help us better understand asteroids that are rare, but natural, alien visitors. 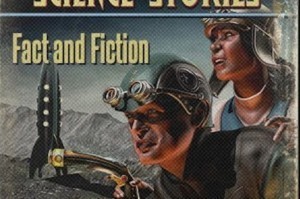