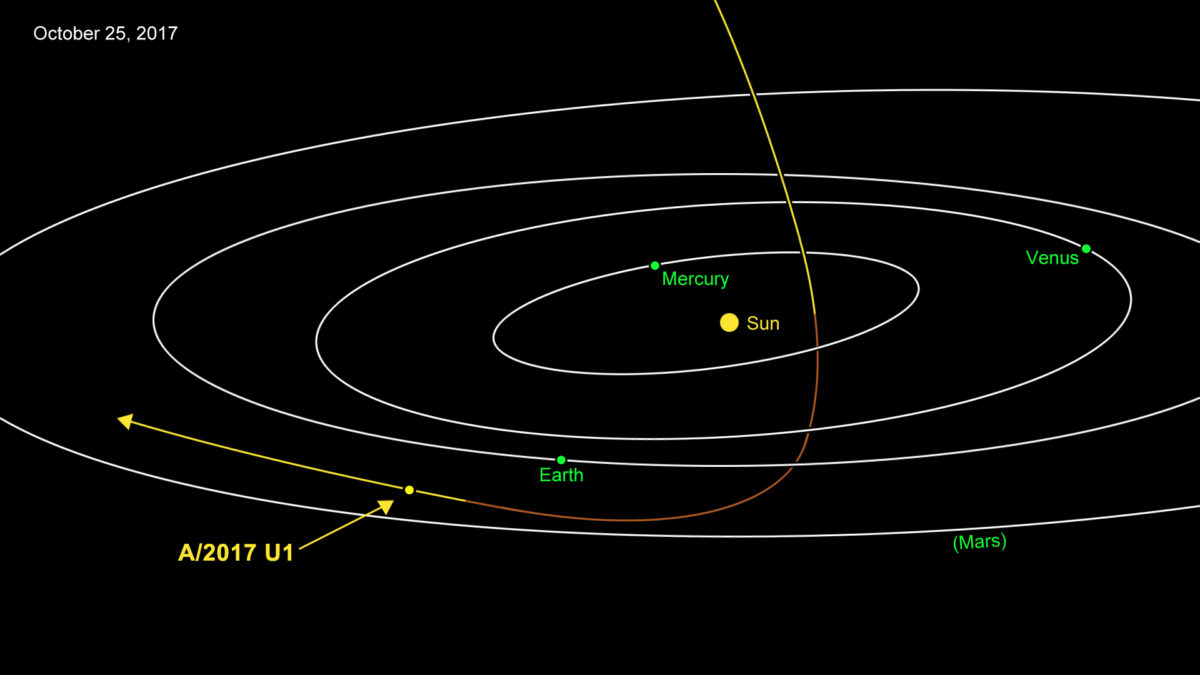 From the depths of space it came. Speeding towards Earth, it passed within 60 lunar distances before it was discovered by the Pan-STARRS telescope. It’s a small asteroid or comet, like many that pass near Earth, but this one began its journey in another star system.

We know this not because it has unusual characteristics, but simply from the path of its orbit. Planets, asteroids and comets follow elliptical paths around the Sun, we can determine their orbital paths by measuring their speed and distance from the Sun over a period of time. Since their orbits are determined by gravity, we can use Newton’s gravitational law to figure out its path knowing its speed and position.

Because of the gravitational pull of the Sun, an object moves faster when it is closer to the Sun and slower when it is farther away. At its farthest distance from the Sun, an object doesn’t have enough speed to overcome the Sun’s gravitational pull, so its path curves toward the Sun to make another orbit. By measuring the speed of this particular object, named A/2017 U1, we can calculate how far it could travel from the Sun before turning back. What we found was that it’s moving so fast it will escape the Sun’s gravity. It will leave our solar system never to return.

This can sometimes happen to a comet or asteroid that formed in our solar system. An asteroid can make a close approach to a large planet like Jupiter, giving it a boost of speed that sends it hurtling out of the solar system. We use this effect with spacecraft such as Voyager and New Horizons, which are now on their way toward interstellar space. But that couldn’t have happened to A/2017 U1. The path of its orbit is almost perpendicular to the orbits of the planets, and it hasn’t passed near any of the large planets in our solar system. So it must have been moving fast when it entered our solar system.