During the Archean Eon of planet Earth, when life was figuring out how to harness energy from the Sun, two black holes in a distant galaxy merged with a ripple of gravitational waves. Over the next 2.9 billion years these ripples traversed a vast and empty space, while on Earth a plucky little species of bipeds learned to use lasers and mirrors to measure gravitational vibrations smaller than the nucleus of an atom. When the gravitational ripples reach Earth, they become humanity’s third detection of merging black holes. 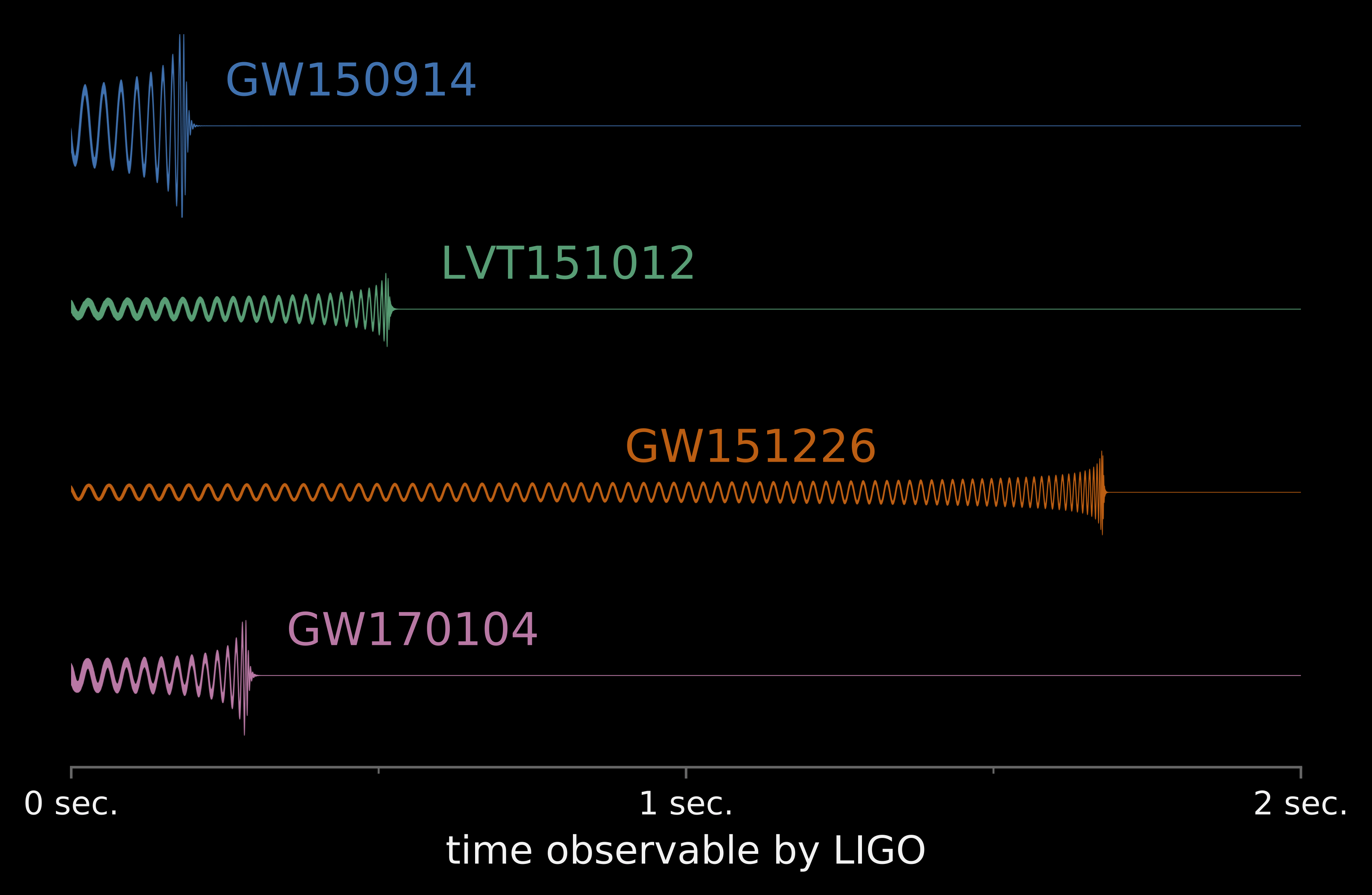 This latest detection is also the most distant black hole merger we’ve observed, happening about 3 billion light years away, which is more than twice as distant as the previous mergers. This greater distance allows us to test Einstein’s theory in new ways, particularly a quantum aspect known as gravitons. In quantum theory, the forces between particles are caused by field quanta. For electromagnetism, these are photons. For the strong nuclear force, they are gluons. For gravity, the field quanta are known as gravitons. Gravitons are the only field quanta we haven’t observed. Gravity is the weakest of the four fundamental forces, so to directly observe a graviton you’d need something like a Jupiter-mass detector orbiting a neutron star. We aren’t likely to do that any time soon. But we do understand the theory of gravitons pretty well. One of the key predictions of relativity is that gravitons should be massless, like photons. As a result, gravitational waves should always propagate at the speed of light. With this new merger we can test this idea through a property known as dispersion.

Dispersion occurs when waves originating from the same source travel at different speeds. You can see this in a prism, where sunlight is spread out into a rainbow of colors. This is caused by the fact that the speed of light through glass varies with wavelength or color. A similar effect occurs in astronomy, when radio waves travel through the ionized plasma of interstellar space. We can actually use this effect to measure the distribution of gas and dust in our galaxy, for example. Light undergoes dispersion when traveling through plasma because the charged particles of the plasma interact strongly with light. When light travels through unionized gas, there isn’t any dispersion.

Since gravitational waves don’t interact strongly with other masses, there shouldn’t be any dispersion as they travel through the vacuum of space. However there is another way that dispersion might occur. If gravitons have mass, then gravitons with different energies would travel at different speeds. Over the course of 3 billion light years this dispersion would be big enough to observe. The latest merger showed no evidence of dispersion, which means gravitons (assuming they exist) appear to be massless. General relativity passes yet another test.

The next step for gravitational astronomy is to bring more detectors online. With the limited data we have, we can’t pin down the exact location of these mergers in the sky, so we can’t connect a merger event to things seen in the optical spectrum. More detectors will also let us gather more information about the rotation of black holes before their mergers, which will let us further test general relativity. We are still at the beginning stages of an entirely new field of astronomy, but already the power of this new field is starting to show.