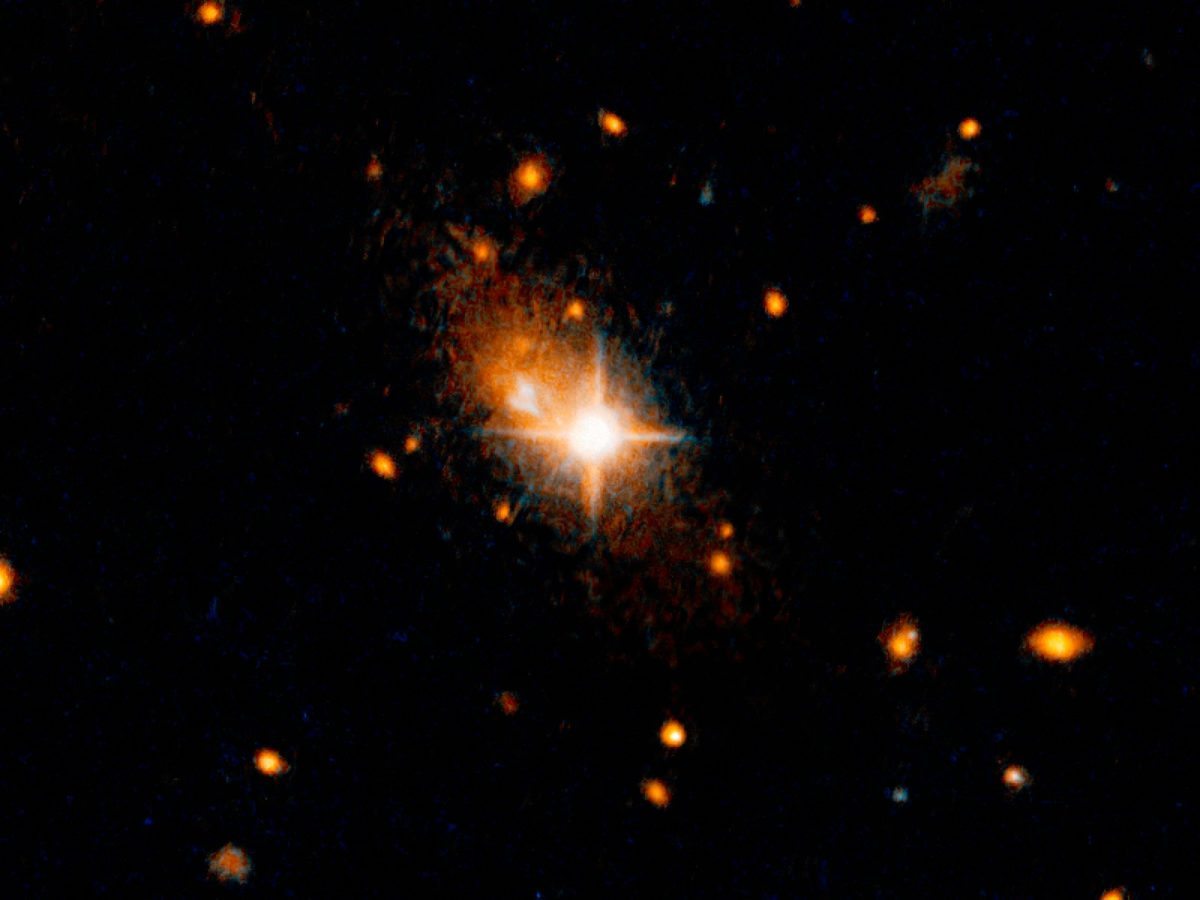 A diagram showing how two merging black holes can be ejected from a galaxy. Credit: NASA, ESA/Hubble, and A. Feild/STScI

At least that’s been one idea, and new observational evidence seems to support it. A team using the Hubble space telescope have found a supermassive black hole moving away from a galaxy. You can see this as the bright object in the center of image at the top of the page. The black hole is bright because it’s actively consuming gas and dust. Behind the black hole is the fainter and diffuse galaxy 3C186. Given the structure of 3C186, it is most likely the result of two merged galaxies. This is exactly what we’d expect to see when merging black holes are kicked out of a galaxy.