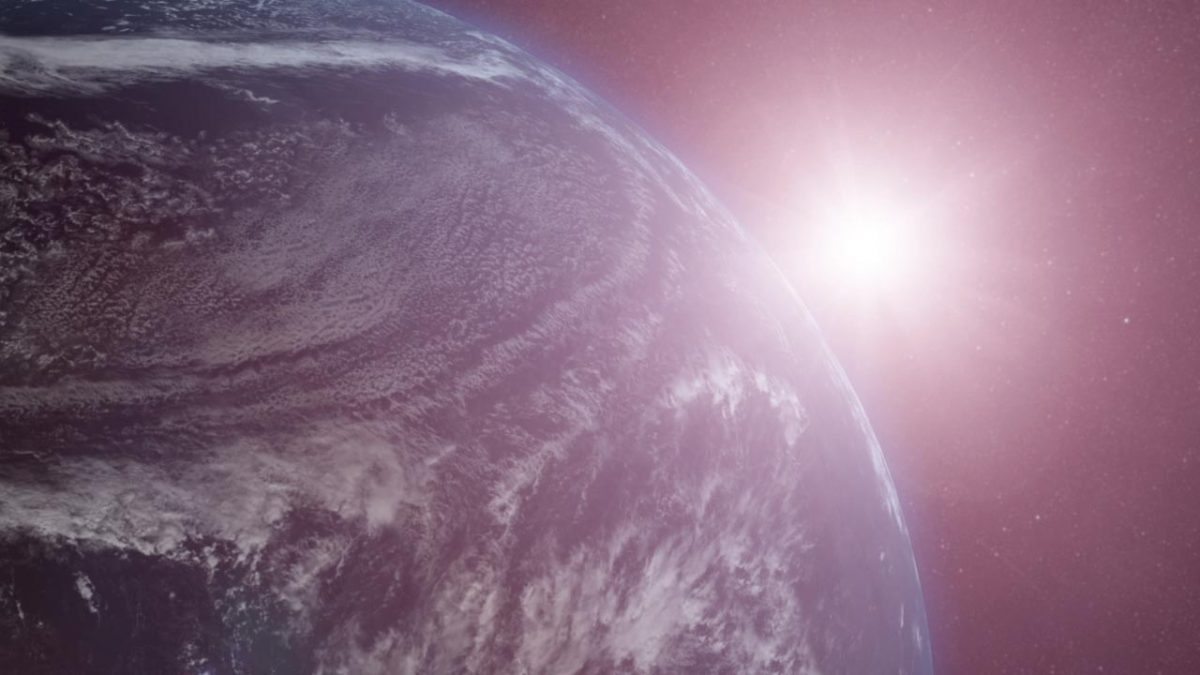 Although the Sun seems ageless and never changing, it is a star like any other. It’s only a bit older than the Earth itself, and like every star it formed from the gas and dust of a stellar nursery. As we’ve come to understand stellar evolution, it has become clear that stars get warmer as they age. Billions of years ago, our Sun was about 70% as luminous as it is today. That means young Earth received less heat from the Sun than it does today. So much less heat that it wasn’t enough to sustain liquid water. But geologic evidence clearly shows that there were oceans of water in Earth’s youth. 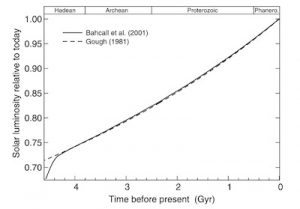 The luminosity of the Sun has changed over billions of years.

This is known as the faint young Sun paradox, and it remains a big challenge. Over the past few decades we’ve learned how atmospheric composition can drastically affect surface temperature on a planet. While Venus is warmer than Earth, it’s thick atmosphere makes it even hotter than Mercury. Mars, on the other hand once had liquid water on its surface due to a thicker atmosphere. But while Earth did have a thicker atmosphere in its past, that can’t fully account for young Earth’s oceans. It’s not just the amount of atmosphere, but its composition that plays a vital role in surface temperature. Greenhouse gases like methane and carbon dioxide are far more effective at trapping solar heat than other compounds. Measurements of Earth’s young atmosphere taken from air trapped in rocks show that methane and carbon dioxide levels weren’t high enough to maintain liquid water on Earth.

One possible solution to the problem is that Earth’s early atmosphere had high quantities of molecular hydrogen. Today our atmosphere has very little hydrogen. It’s so light that it can escape Earth’s atmosphere pretty easily. But it does so with the help of ultraviolet light. Since Earth’s young Sun was cooler it produced less ultraviolet light, making it more difficult for hydrogen to escape. Hydrogen is not a particularly strong greenhouse gas, but it can trap heat. As part of a thicker nitrogen atmosphere it might have been enough to maintain Earth’s early oceans. Other ideas propose that solar flares from our young Sun helped heat our atmosphere, or that tidal heating from a closer young Moon contributed to Earth’s warmth.

As it stands there is no definitive answer. So the faint Sun paradox remains a challenge, as it has since the dawn of time.

Next time: Cosmic rays are powerful. Too powerful, in fact. The discussion heats up tomorrow.