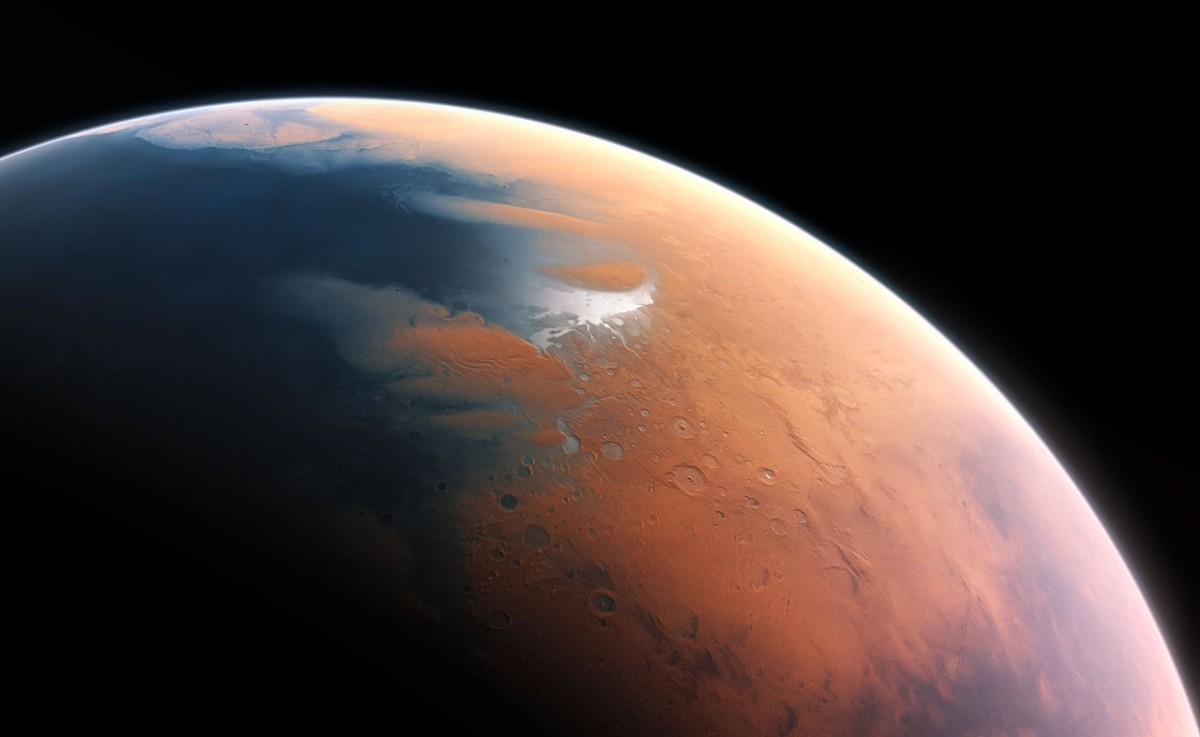 We’ve known for a while that Mars was a wet planet about 4 billion years ago, but less clear was where that water went. Did it freeze into the surface, or evaporate into the planet’s thin atmosphere? Now a new paper in Science answers a bit of that question, and shows that Mars once had even more water than we’ve thought.

The work looks at water evaporating from the polar ice caps of Mars. In particular, the authors measured the level of deuterium water in the atmosphere compared to regular water. Deuterium is an isotope of hydrogen that has a proton and neutron in its nucleus, rather than just a proton. Since deuterium is almost twice as heavy as regular hydrogen, deuterium water (HDO) is a bit heavier than regular water (H2O). This means that when water evaporates, HDO is a bit more likely to be left behind. In Earth’s oceans deuterium isn’t very common compared to hydrogen, and exists at about 26 parts per million.

What they found was that the deuterium levels in Martian water is about seven times greater than that of Earth. Since the water of Earth and Mars would likely have had similar origins, the higher deuterium level on Mars means that much of the planet’s water must have evaporated into the atmosphere, and eventually into space. From the deuterium levels it was calculated that Mars must have had about 20 million cubic kilometers of water on its surface. Given the terrain of Mars, that would be an ocean covering most of the planet’s northern plains.

Of course that amount of water is calculated just from the evaporation of water. Mars could have had even more water that froze below the planet’s surface, which wouldn’t have changed the ratio of deuterium to hydrogen. So the level calculated is a lower bound on the amount of water Mars once had. It’s clear then that Mars, like Earth, was once a blue ocean world.

Distant Dim DeeDee
Children Of The Wolf
What Makes A Planet A Planet?
Icy Hot
The Martian Chronicles
Waiting in the Dark
Shores of Cosmic Oceans
That’s No Space Station
How Many Planets?
Grand Canyon of Mars