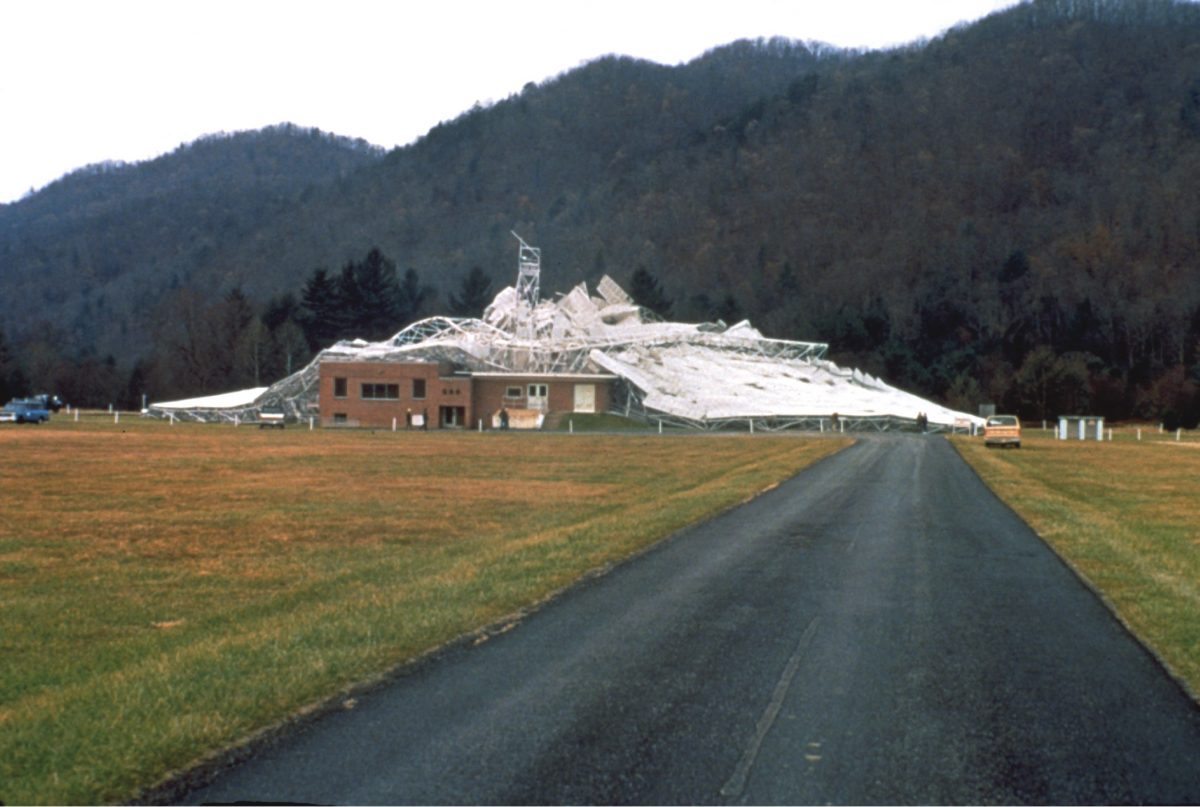 On a calm November evening in 1988, the 300 foot radio telescope at Green Bank Observatory collapsed. While the collapse was a huge blow to radio astronomy, it is somewhat surprising that it lasted as long as it did. The radio telescope was proposed in 1960 as a way to fill the observational gap between earlier radio telescopes and telescope arrays such as the VLA, and was intended to operate for about five years. In a way it was meant to nurture success out of failure.

At the time, the major radio telescope under construction was Green Bank’s 140 foot telescope. This telescope was polar-aligned, and had a tracking mechanism that could follow objects as they moved across the sky. This would allow for high-precision observations of radio objects such as pulsars. Unfortunately the gearing necessary to move such a large telescope was plagued with flaws, and the construction of the telescope faced increasing delays and costs. While the 300-foot telescope was larger, it was also lighter and had limited mobility, making it cheaper and easier to build. It depended upon the rotation of the Earth to bring objects into its view for about 40 seconds before drifting out of range, but that was enough to make good observations of things like pulsar remnants. It was also able to make a survey of the radio sky at a higher precision than ever before. When the 140 foot telescope was finally completed in 1965, it was able to further these discoveries, and even made radio observations of complex molecules in space, opening the door to astrochemistry.

The Curious Case of Planetary Orbits
The Beast Within 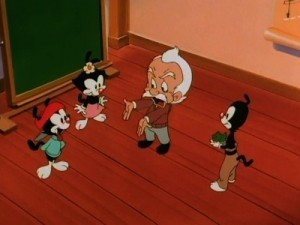 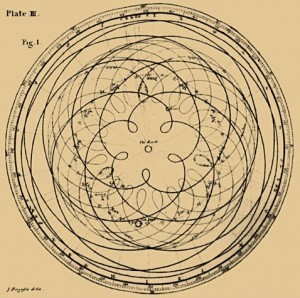