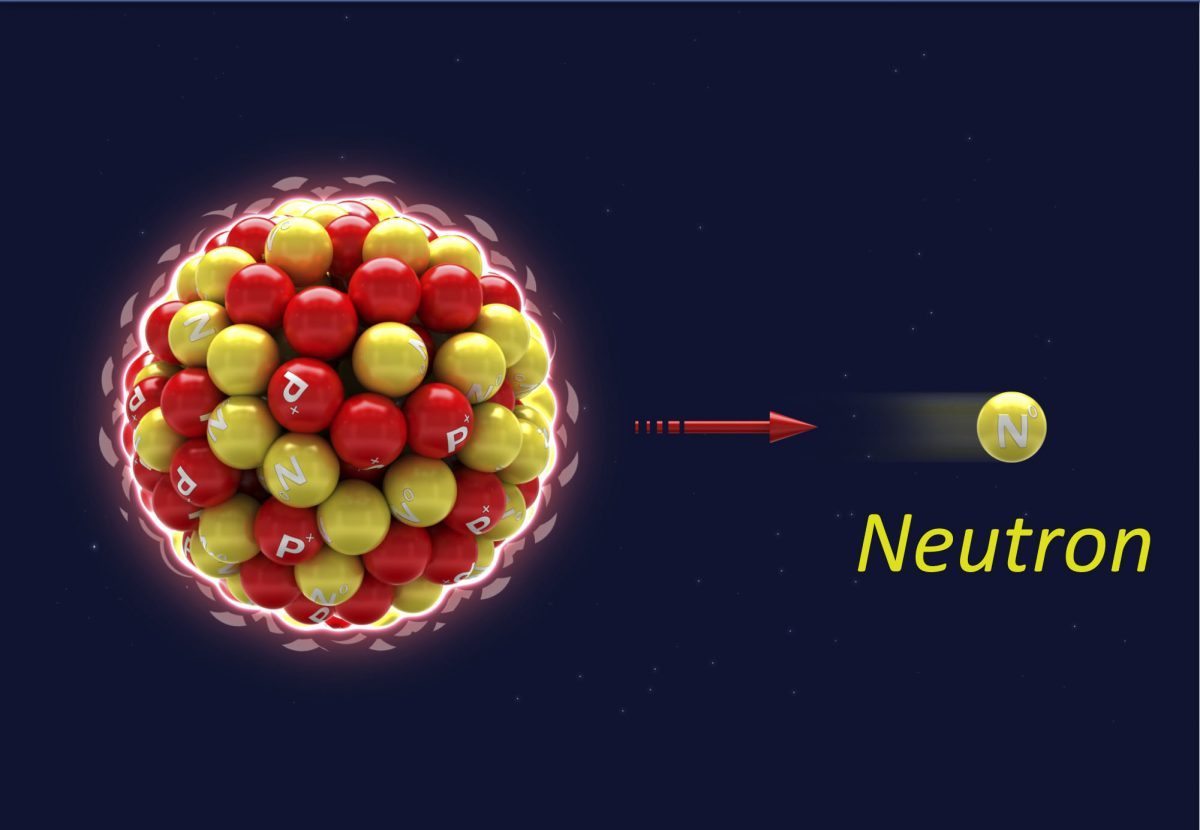 A few days ago I wrote about how different measurements of the Hubble parameter gave results that didn’t quite agree. It’s not the only example of such an experimental disagreement. In fact, one of the biggest disagreements involves one of the most common particles in the Universe: the neutron.

The nuclei of atoms are comprised of protons and neutrons. By all observations, protons are stable and don’t radioactively decay. While neutrons can be stable inside an atomic nucleus, free neutrons will decay into a proton, electron and anti-neutrino. Like all radioactive materials, the decay of free neutrons follows the half-life relation, where (on average) half of a collection of neutrons will decay within a given amount of time. One of the basic questions, then, is “what is the half-life of a free neutron?” It turns out there are two ways we can measure neutron half-life, and the results don’t agree.

The first method is known as the beam method. In this method a beam of neutrons is shot into a magnetic “proton trap.” Since the neutrons decay into protons, etc., the number of protons caught by the trap gives you a measure of how many neutrons have decayed in a given time. From this method we get a neutron half-life (technically the lifetime, see note below) of between 886 and 890 seconds. The second method is known as the bottle method. This experiment holds ultracold neutrons in a magnetic bottle, and counts the number of neutrons remaining after a period of time. From this we get a neutron half-life of between 878 and 879 seconds. According to our current understanding of physics, these two methods should yield the same result, but they clearly don’t.

We don’t know why that is. One fundamental difference between the methods is that the beam method counts decay products (protons) while the bottle method counts un-decayed neutrons. It is possible that some neutrons decay into something other than a proton, electron and anti-neutrino. Perhaps they decay into some kind of dark matter particle, for example. Another possibility is that cold neutrons held together somehow shorten the half-life slightly due to some yet unknown physics.

While this discrepancy in measurements is vexing on its own, it also has serious implications for astrophysics and cosmology. The amount of hydrogen and helium in the early Universe depended crucially on the number of neutrons and protons available after the big bang. A difference of 15 seconds in neutron half-life would have a measurable impact on the early hydrogen/helium ratio. And if neutrons do, in fact, decay into some kind of dark matter particle, it could solve the mystery of dark matter. But for now all we know is that these two results don’t agree, and we need to figure out why.

Note: While I originally called these measurements the half-life, what was actually measured was the lifetime of neutrons. This is related to the half life of a neutron, but differs slightly by a constant factor.

The Strange Physics Of Cyclic Cosmology
Wonder Year
And Then There’s Maude
The Heat of the Night
Cradle to Grave
Dark Matter, Dark Photons, And The Fifth Force
One Singular Sensation
Massive Issues
Cosmic Cryptology
The Universe In Your Hands