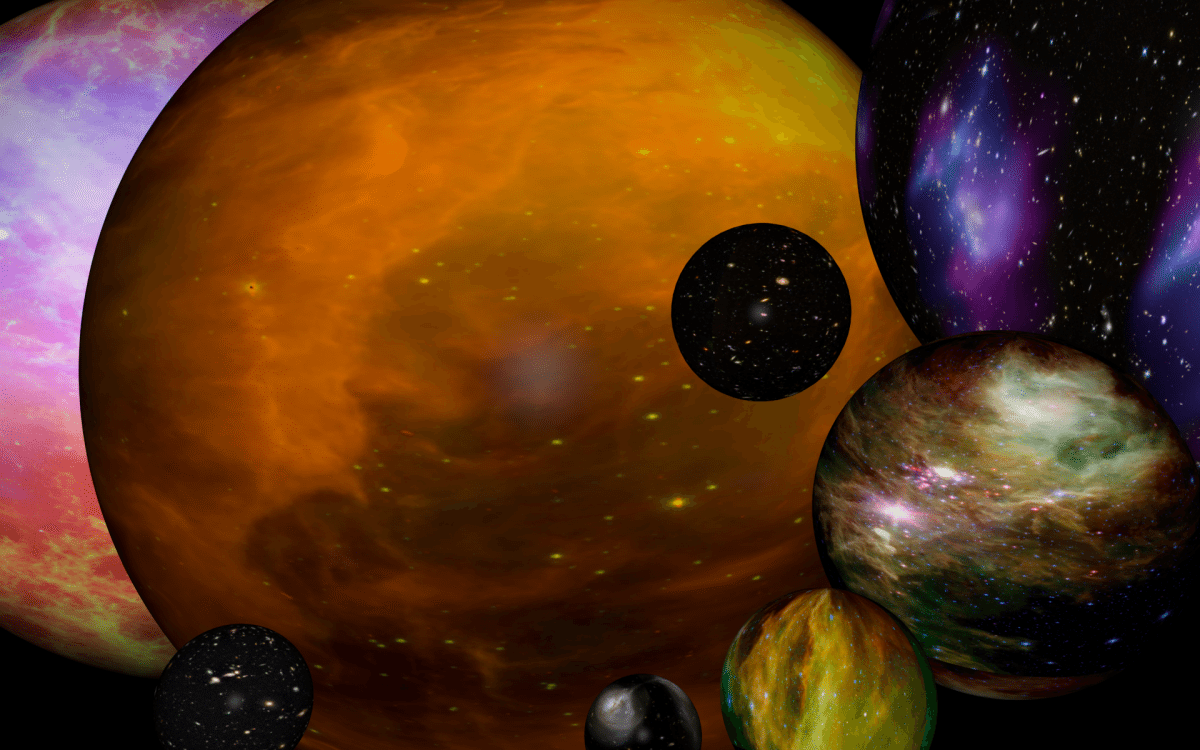 The idea of a parallel universe is common in science fiction, such as the “evil Spock” universe of Star Trek, or the “alternate history” universe where the Nazis won World War II. While these ideas are often just plot devices, they do have some basis in theoretical physics. Of course just because something is a theoretical possibility, that doesn’t make it real. In science we rely upon evidence, which raises the question of whether such parallel universes could ever be observed. The answer is … maybe?

In physics the idea of a parallel universe, or multiverse as it’s more commonly called, has several variations. One interpretation of quantum theory, known as the many-worlds interpretation, proposes that a quantum measurement of a particular event (say, tossing a coin) causes the universe to “split” into universes where a specific outcome (one universe where the outcome is heads, another with tails as the outcome). A simplistic version of this is most commonly used in science fiction, and is what most people think of when using the term parallel universe. Multiverses also arise in some versions of early cosmic inflation, such as eternal inflation, which proposes that parts of the Universe beyond the observable universe are still inflating, resulting in various “pocket” universes within a great multiverse. While in eternal inflation all these ‘verses would have the same configuration of physical constants, some versions of string theory propose a variety of universes each with their own physical constants. Some may have a slow speed of light, others a weaker electric charge. But if all these other universes lie beyond our own observable universe, how could they ever be anything other that philosophical possibilities? What evidence could we have of their existence?

One way to study them would indirectly through the theories we have. If, for example, we’re able to determine the nature of inflation through gravitational waves, we might find that eternal inflation is the model that best fits the evidence. Currently this is the case for dark matter, where we have strong indirect evidence of its existence even though we haven’t observed dark matter directly. Until this year it was also the case for gravitational waves, where we had indirect evidence for decades before their direct observation. With things like dark matter it’s generally thought that we will eventually find a way to detect them directly, but with multiverses that might not be the case. It is quite possible that indirect evidence is all we can hope for. We might have to resign ourselves to never truly knowing whether multiverses exist.

But there are ways that might provide evidence of other universes, such as observing their influence on the cosmic microwave background. A recent survey of the cosmic background hinted at such evidence, but there are reasons to be cautious. When we look at the cosmic microwave background we see small fluctuations in its overall temperature. This is expected, and in fact we can use those fluctuations to measure certain properties of the cosmos. But there are certain regions that seem somewhat out of place. For example, there are regions that appear colder than we’d expect, and there are areas that are statistically anomalous. While these regions are unusual, they aren’t so unusual that they require some kind of exotic physics to explain them. It’s kind of like tossing a coin and having it land on heads five times in a row. It’s possible that you’ve stumbled across a biased coin, but it’s also quite possible that your five coin tosses happened to have a lucky outcome. If you tossed it twenty times with an outcome of heads, then you could strongly suspect the coin.

Hypothetical “bruises” on the CMB due to collisions with other pocket universes.

Still, five heads in a row might lead you to at least speculate about the bias of the coin. In the same way, we can look to explain the oddities of the cosmic background in terms of multiverses. This is exactly what was done in a recent article in the Astrophysical Journal. Within the cosmic background there are anomalies that could be explained by interactions with other universes. Basically, if another pocket universe happened to collide with our universe when it was young, it could produce a “bruise” we could see in the cosmic background. The fluctuations we observe at a specific frequency (143 GHz) show four distinct regions that seem to statistically agree with this kind of bruising.

While this might seem pretty conclusive, even the author of this work is skeptical. One reason is that the anomalies aren’t that statistically strong, on the order of 5 coin tosses rather than 20. Another reason is that while the fluctuations can be made to fit a multiverse model, they can also be explained in less speculative ways, such as voids within our own universe. So the result is interesting, but far from conclusive.

But perhaps what’s most interesting about this work is that we can at least try to study universes beyond the one we can observe. As long as we are cautious in our study, our efforts to see beyond the veil will ensure that even multiverses are more than a mere philosophical dream. 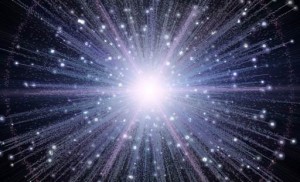 To the Point
Papers Please
The Heat of the Night
The Universe in a Grain of Sand
A Puff of Logic
Is There Anybody Out There?