Black holes don’t emit light directly, but material around a black hole often does. As gas and dust falls toward a black hole, it’s often compressed and superheated, causing it to emit light. Usually the light we see is in the form of x-rays and gamma rays, since they can penetrate material surrounding a black hole. But recently we’ve observed visible light from material near a black hole, and with a decent telescope you could observe it from your back yard.

V404 Cygni is a black hole with a mass of about 12 Suns. Orbiting it is a star a bit smaller than our Sun. Every few years the star passes close enough to the black hole that some of its outer material gets captured by the black hole. The captured material falls into the black hole, and as it does the material is superheated and emits x-rays. We know the x-rays we observe come from near the black hole because they vary in brightness over a short time. Since the fluctuation of brightness depends upon the scale of the object emitting light, quick variations mean the source must be relatively small, and therefore near the black hole.

The emission of x-rays can also heat up material farther from the black hole, causing it glow in the visible spectrum. The visible glow from the black hole is much more steady, and doesn’t vary quickly. But when V404 Cygni became active, one of my colleagues, Michael Richmond, decided to check it out with RIT’s 8-inch telescope. He made the video you can see above. What he found was that the brightness of V404 Cygni varied in the visible spectrum in the same way it varied in the x-ray spectrum. This meant the visible light came from the same region close to the black hole.

What’s amazing about this is that Rochester isn’t known for having the best viewing conditions, and 8-inch telescopes are pretty common among hobbyists. So it wouldn’t be to difficult for folks to observe an active black hole from their back yard. 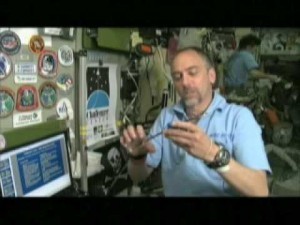 Losing Direction
Where Are You?
Weft and Warp
Beyond The Cold