When an artificial satellite orbits the Earth, the time it takes to make one complete orbit (its period) depends upon the the size of its orbit, following Kepler’s laws. The larger the satellite’s orbit, the longer its orbital period. This means if you make the orbit just the right size, the period can be 24 hours. If you make the orbit circular, and align it with Earth’s equator, then as the Earth rotates on its axis the satellite will orbit the Earth at the same rate. For someone standing on Earth, the satellite will appear to be parked in the sky. While the stars, Sun and Moon rise and set, the satellite will appear stationary. Such an orbit is known as a geostationary orbit.

The idea for geostationary satellites is widely attributed to science fiction writer Arthur C. Clarke, but several people had proposed the idea before him. Clarke popularized the idea and its possible use for communication satellites in a 1945 article in Wireless World. The first geostationary satellite was launched in 1964. While the first satellites placed in geostationary orbits were communication satellites, their use is limited by the fact that it takes about half a second for a radio signal to travel from Earth to the satellite and back. Over the years broadcast satellites and imaging satellites have been placed in geostationary orbits. Weather satellites are often placed in the orbit because their fixed location makes it easy to observe weather patterns as they form. You can see this in the video above from the Himawari 8 weather satellite. 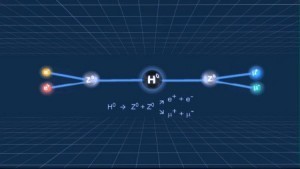