Neutrinos are rather odd particles. They interact only weakly with matter, come in three different types or flavors, and while they have mass they don’t have definite mass. They can also change between different types of neutrinos, a process known as neutrino oscillation. Much of the evidence for neutrino oscillation has been indirect, but new research has made a direct observation of the effect.

Neutrino oscillation was first proposed in the 1960s to explain what was known as the solar neutrino problem. That is, the number of solar neutrinos we detected on Earth was about a third the expected number given theoretical reaction rates. It wasn’t until the late 1990s that we obtained evidence of neutrino oscillation. This was done by creating a beam of neutrinos with a particle accelerator such as the ones at Fermilab or CERN, and beaming these neutrinos through the Earth to an underground neutrino detector some distance away. By controlling the energy of the neutrino beam we can predict the number of expected detections expected both with or without neutrino oscillation. Experiments have consistently been in agreement with the oscillation model.

But one criticism of these experiments is that they are indirect evidence of neutrino oscillation. Basically they involved sending a particular number of a particular type of neutrino such as electron or muon neutrinos, and then detecting the drop in neutrinos at the underground site. According to the oscillation model, this drop is due to the fact that a portion of the neutrinos have metamorphosed into other neutrino types that aren’t detected. It would be better to actually detect the neutrinos that have changed rather than simply inferring their change. That’s exactly what’s been done in this new work. 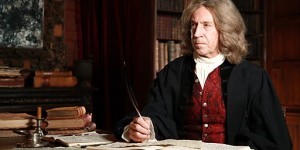