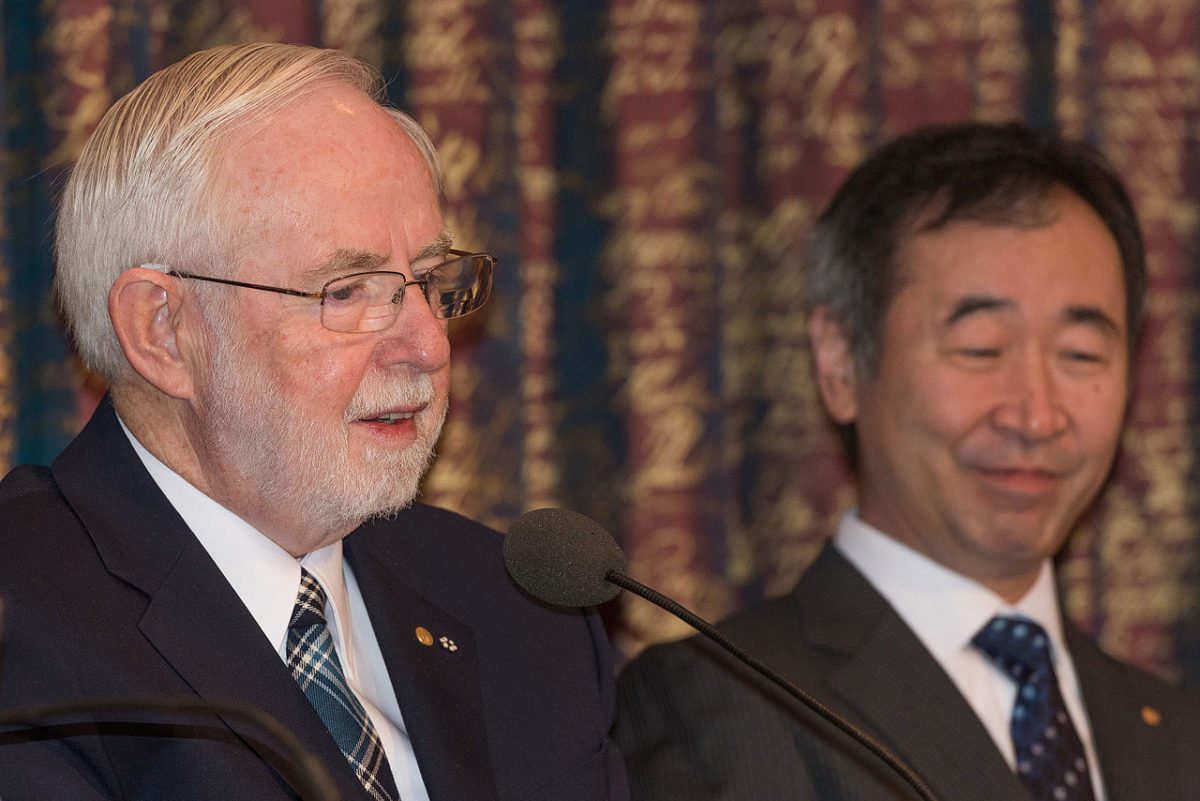 One of the overarching goals of the Big Science TV project is to break down the perception that scientists are different from everyone else. There’s a common view that we sit in an ivory tower of academia, looking down upon the unwashed masses and telling people what to think and what to believe. In reality we have jobs that can be tiring and frustrating, we pay our bills, save for retirement, and worry about our kids.

Like most folks, our jobs also depend upon a vast network of colleagues. Everyone from fellow scientists to technicians and machinists to the folks who keep track of all the paperwork every organization seems to be buried in. With Big Science, we want to focus on the stories we have in common, so that viewers can see a bit of themselves in the folks that make science possible.

That’s why I’m so excited that Arthur B. McDonald has voiced his support of the project. You might not recognize him (on the left in the picture above) but he’s renowned in the physics community for his work on neutrinos. Together with Takaaki Kajita (right, above) he was awarded the Nobel Prize in physics in 2015 for work on neutrino oscillations, which demonstrates that neutrinos have mass. Their work has impacted everything from particle physics to cosmology. McDonald wrote to us stating:

I am pleased to see the series entitled Big Science that is being developed to describe this area of science to the general public. I look forward to seeing the episodes that will emphasize the team aspects of this work, showing the wide variety of personal contributions that enable these Big Science projects to provide a much greater understanding of our universe.

As a Nobel Laureate, McDonald is about as ivory tower as you can get. But his work was done through the Sudbury Neutrino Observatory, a large detector buried deep in a nickel mine. The infrastructure necessary to keep the observatory up and running is large and complex, and McDonald as often said how vitally important the support work is. He has seen first hand many of the stories we want to tell in Big Science.

So thanks to Professor McDonald and everyone else who’s supported the project so far. If you like to join us, check out the Kickstarter page. We still have a little ways to go, and every bit helps. Together we can make this happen.