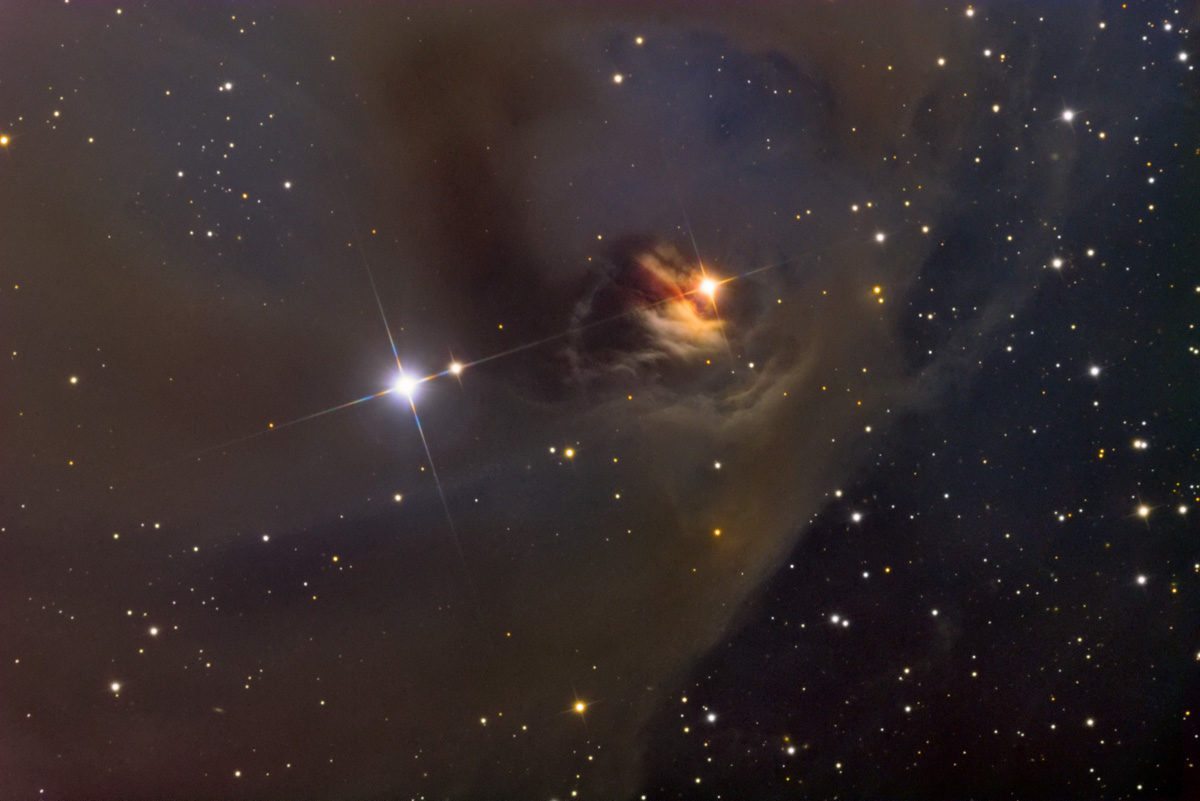 I get a lot of email from folks with pseudoscience claims. It could be that the Earth is actually flat, or that the Sun is powered by electricity, or that Einstein was wrong about gravity. Bonus points if the email also calls me an idiot or part of the astronomical illuminati. But in the world of pseudoscience another popular approach is to make a claim based upon some image. There’s no referenced source or clear history of the image, just a picture and a claim. But even for pseudoscience, this is just being lazy, because in the information age images can often be tracked to their source with minimal effort. 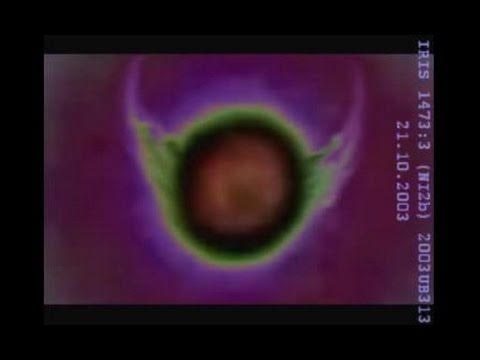 Hmmm. What could it be?

Let’s look at an example. Here’s an image I got in the mail this week. It looks like some strange winged planet or star, and it is claimed this is an image of Nibiru. Depending on who you listen to, Nibiru is red dwarf near the Sun, or a hidden planet in the outer solar system, or the Sun’s stellar companion. The only thing Nibiru folks seem to agree upon is that it’s heading our way and could kill us all. If you do a quick Google image search, sure enough you find several YouTube videos and blog posts claiming it’s an image of Nibiru. None of them give any source to the image, so no joy there.

But there are a few things we can tell from the image right off the bat. The first that it’s in color, so it’s probably a composite false-color image. In astronomy we don’t take color images, we take black and white images at specific wavelength ranges. If we want a color image, we have to combine images taken at different wavelengths to create a color image. Sometimes this is done with the goal of making the image as true to life as possible, but often we create “false color” images to make certain features more prominent. We do this because we want to capture as much light as possible, and color digital cameras aren’t very good at that. There is also some text written on the side:

It all looks official and government like, but was probably added to the image, since raw images aren’t stamped on the image. They are usually FITS files that have the timestamp and such as metadata. IRIS is the name of a solar satellite, the Interface Region Imaging Spectrograph. But it wasn’t even launched until June of 2013. 2003UB313 is the designation for the dwarf planet Eris, and NI2b might refer to nickel boride. It’s hard to say. IRIS couldn’t have taken an image in 2003, and Eris doesn’t remotely look like this. But going through the Google Image links, I came across a reference noting that the object could be seen in Google Sky, at Right Ascension 5h 42m 21.0s, and Declination 22° 36′ 45.7.  Sure enough, if you look up that location, you find a similar object. Now we’re getting somewhere.

Our mystery object as captured by the POSS I. Credit: STScI Digitized Sky Survey

As an interesting side note, several of the Nibiru posts talk about a conspiracy where Google blocked out that section of Google Sky when people found it, presumably to hide Nibiru from the general public. But Google is very clear about its sources. They give credit to the DSS Consortium, SDSS and NASA/ESA. The DSS Consortium is a Digitized Sky Survey that has digitized photographic plates from early sky surveys, most significantly the Palomar Observatory Sky Survey (POSS). The initial sky survey (POSS I) was done in 1958. A second, higher resolution survey (POSS II) was done in the 1980s and 1990s. These have been digitized and are freely available to the general public. Pick what part of the sky you want to see, and you can get the actual images. The only catch is that the site wants locations in decimal degrees rather than the old school hours, minutes, seconds. I could convert it by hand, but why not let an online converter do the heavy lifting. Bada bing, bada boom, and we have RA: 85.5875, DEC: 22.6125. Plug these into the online DSS archive, and we have our images. By default the site gives you the raw FITS files, which is what astronomers use, but it will also give you a GIF if you like. The resolution is pretty low, but it does confirm that this is the object in question.

The nice thing about sky surveys is that they are still doing them, and most of the data is publicly available. So why not look up the object in other surveys? One good resource is the ADS All Sky Survey, which has data from several sources. The nice thing about this particular site is that once you find your object, you can select images from several sky surveys. The image above shows three of them. The one on the left uses the DSS data we found before to create a “real color” image. The middle image uses data from the Two Micron All-Sky Survey (2MASS), which focuses on infrared wavelengths close to the visible spectrum. The image on the right is from the Wide-field Infrared Survey Explorer (WISE), which looks at longer infrared wavelengths.

It’s pretty clear that this object is bright in the infrared as well as the visible, and that the odd wing features are most apparent at visible wavelengths. This is a common characteristic of T Tauri type stars. These are young stars still in the process of forming. Unlike our Sun, which generates its heat from nuclear fusion, T Tauri stars are generating heat through their own gravitational weight. They tend to be brighter and warmer than main sequence stars of a similar mass, and they also tend to be near other gas and dust. The light from the star often reflects off this dust, creating bright reflection nebulae. This would explain the wing-like feature near the star.

Just to be sure, we can look up the object on an astronomical database known as SIMBAD (the Set of Identifications, Measurements, and Bibliography for Astronomical Data). If it is a known object, it will likely be listed there. Entering in the RA and Dec we got from the Nibiru fans, it looks like SIMBAD finds 2 objects: GN 05.39.2, which is a reflection nebula, 2MASS J05422123+2236471, which is a T Tauri type star. It has an apparent magnitude of about 12, and is probably about 700 to 1,000 light years away. We’ll know its exact distance when the Gaia spacecraft starts releasing its data. At magnitude 12, it can even be seen with a small telescope in dark rural skies. Amateur astronomer Scott Ferguson has not only done this, he’s made videos showing his work.

One of the most amazing things about astronomy is how accessible the data is. Most of the data from large telescopes and sky surveys are publicly available for free. Any site who posts an image like the one sent to me without providing sources is simply being lazy. Science isn’t about being lazy, it’s about getting things right, and that’s one of the reasons citations are always needed.

When I See An Elephant Fly
Burden of Proof
Not Even Wrong
Engage
More Lies on IFLScience
The Pendulum of Truth
Is Eris A Brown Dwarf?
Tower of Babble
Seeing Red
Science and Non-Science