Ten light years away there is a star that could tell us about the origins of our solar system. Known as Epsilon Eridani, it is a bit smaller and cooler than our Sun, but similar in composition. It is also only about 500 million years old, giving us a view of what our own solar system may have been like in its youth. New work now finds the system is similar to our own.

We’ve known for a while that Epsilon Eridani has a disk of debris surrounding it. It is in keeping with the idea that planetary systems form from such disks during a star’s youth. We understand the basic process of planetary formation pretty well, but where the details get fuzzy is how and when planets form. Do they form further from the star and migrate inward over time? Do large planets form first and dictate where other planets might form? Computer models can only take us so far. To make matters worse, we now know that our solar system is a bit unusual, so we can’t rely on it as a typical model. But Epsilon Eridani could help.

The system has at least one Jupiter-sized planet. This planet, known as Epsilon Eradani b, or AEgir, has about the same distance as Jupiter in our solar system. It also has an asteroid belt within AEgir’s orbit, just as we have one within Jupiter’s orbit. Far beyond AEgir’s orbit is a comet belt, similar to the Kuiper belt beyond Neptune. It’s hard to determine the details beyond that, since each region of debris within the system emits light at different wavelengths. In particular the long infrared wavelengths often emitted are largely absorbed by our atmosphere, making them impossible to observe from the ground.

This is where SOFIA comes in. SOFIA is a 2.5 meter telescope mounted in a Boeing 747. SOFIA can observe these long infrared wavelengths because it flies high above much of Earth’s atmosphere. New observations from SOFIA found Epsilon Eridani has two asteroid belts. In addition to the one within AEgir’s orbit, there is a narrow asteroid belt between AEgir and the comet belt. Thin belts of debris would tend to spread out over time, so it is likely that this belt is shepherded by one or two additional planets. The spacing of this new belt and the comet belt implies two planets, similar to Uranus and Neptune. Over time, the gravitational tug from these planets and AEgir would cause material from the outer belt to migrate toward the inner one. The inner asteroid belt is likely stable over time.

These new planets still need to be confirmed, and even the existence of AEgir can be debated. But the formation of gaps within the debris disk of Epsilon Eridani validates models for the formation of our solar system. 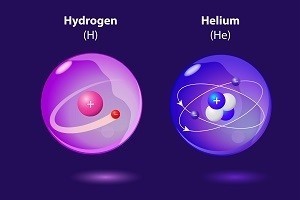 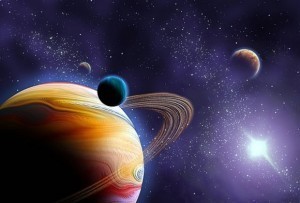