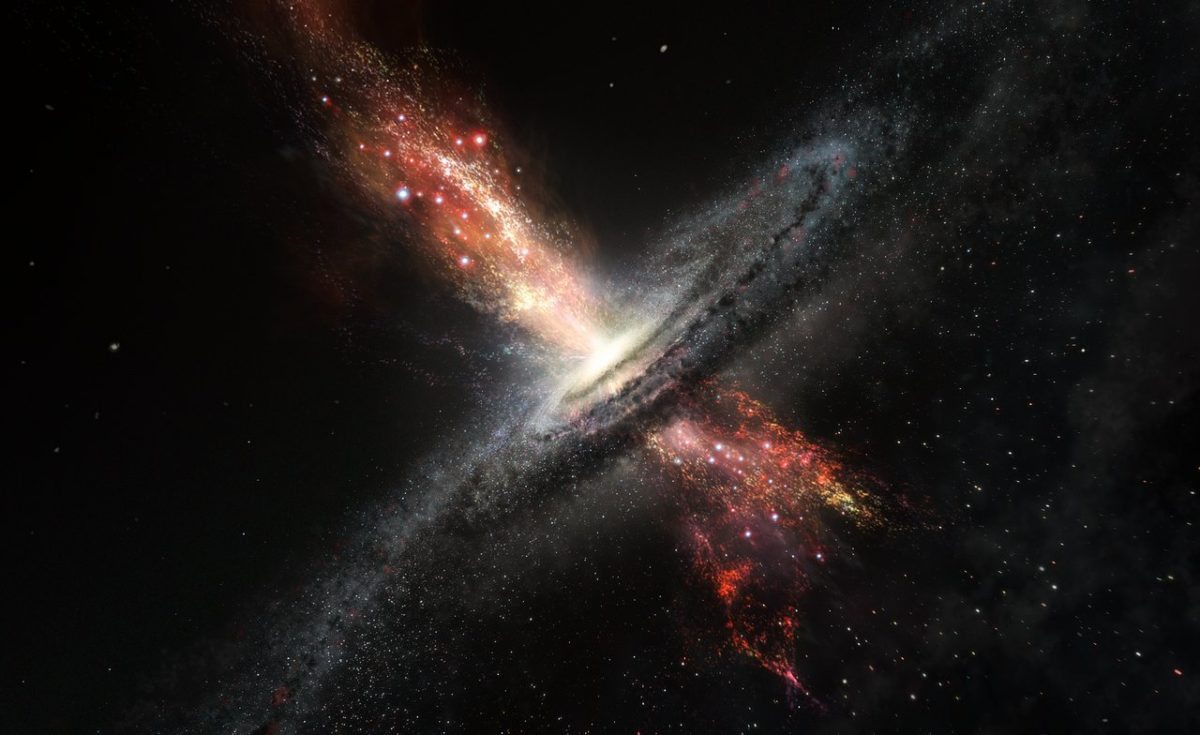 Stars typically form where there is a large buildup of gas and dust, known as a stellar nursery. But new observations show that star formation can also be triggered by a supermassive black hole in the center of a galaxy.

Most galaxies contain a supermassive black hole within them. These black holes can have masses of millions or even billions of Suns. Their immense gravity can not only rip stars apart, they can generate powerful outflows of material (or jets) as they are active. These outflows are a rich source of gas and dust that can trigger the formation of new stars.

While it has been speculated that stars could form from these outflows, the process is difficult to observe. But recently a team of astronomers observed a pair of colliding galaxies about 600 million light years away. Because of their collision, their supermassive black hole is extremely active, and producing a large outflow of material. Using sensitive spectroscopic measurements, the team was able to detect stars forming within the outflow. These stars were hotter and brighter than stars usually found in stellar nurseries, and their observed speeds were consistent with that of the outflow.

This discovery helps us understand the evolution of both stars and galaxies. Since supermassive black holes can trigger the formation of large, bright stars, these stars could provide the heavy elements necessary for the formation of Sun-like stars and metal-rich planets. It provides another avenue for star production within a young galaxy.

Bound
Echoes of Light
Down the Rabbit Hole
To Map the Invisible Sky
Black Holes: Now Available in Medium
The Universe in a Grain of Sand