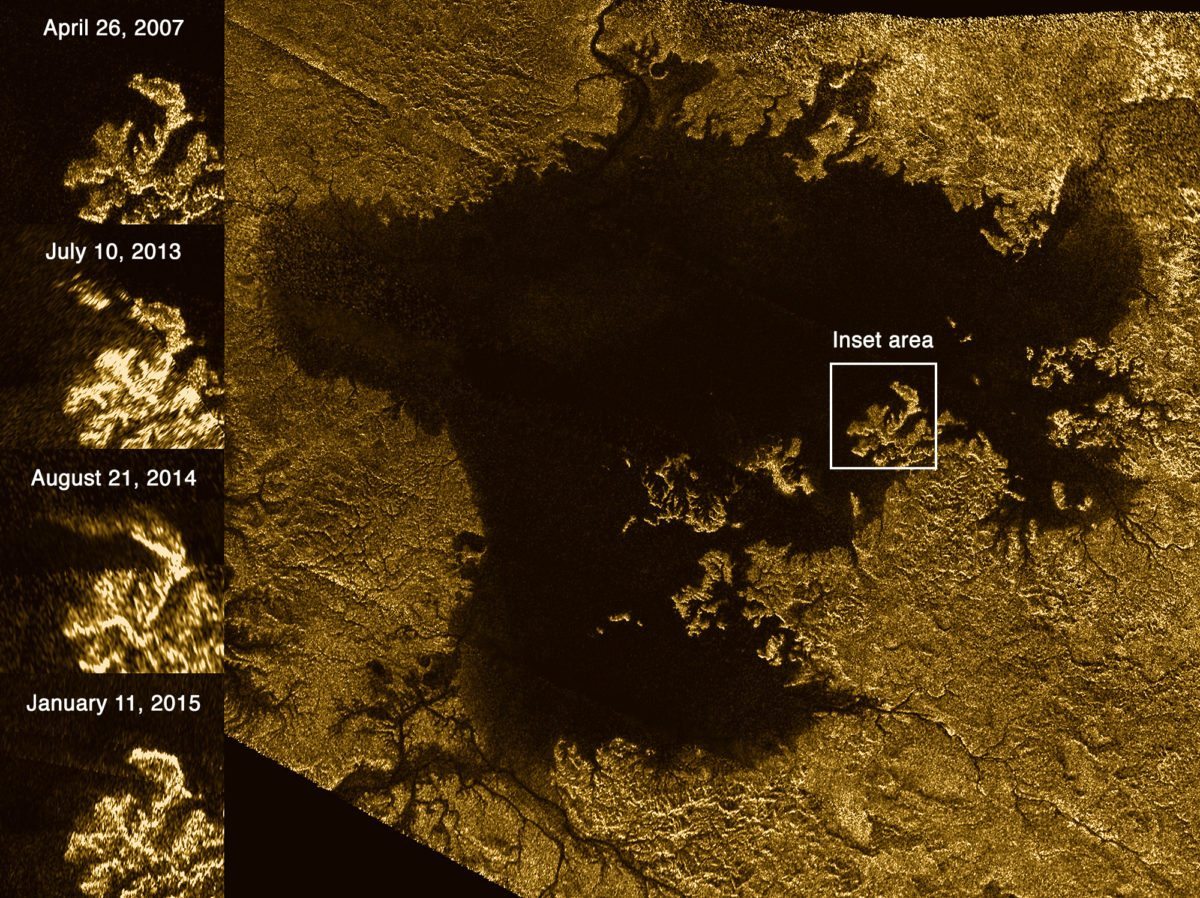 If you’ve ever enjoyed a fizzy drink, you know how a gas can bubble out of a liquid. Pick up a bottle of soda, for example, and it looks like an ordinary liquid. But when you open the bottle, small bubbles start to form, rising to the top of the liquid. If you’re not careful, the bubbles can even cause the soda to froth out of the bottle. This frothing effect might also explain strange island-like structures on the surface of Saturn’s moon Titan, which seem to appear and disappear from time to time.

The gas in a fizzy drink is carbon dioxide. Since carbon dioxide is absorbed fairly easily by water, water can be infused with CO2 under pressure. When you open the bottle, the pressure drops and the carbon dioxide bubbles out. This is also what gives beer its foamy head. Although CO2 has long been used to make drinks bubbly, in recent years some folks have started infusing drinks with nitrogen instead. Nitrogen isn’t absorbed as readily in water, and when released by a drop in pressure nitrogen bubbles tend to be smaller, which some folks feel adds a distinctive character to everything from beer to coffee. Nitrogen can be absorbed into other liquids as well, and this may be occurring naturally on Saturn’s moon Titan. 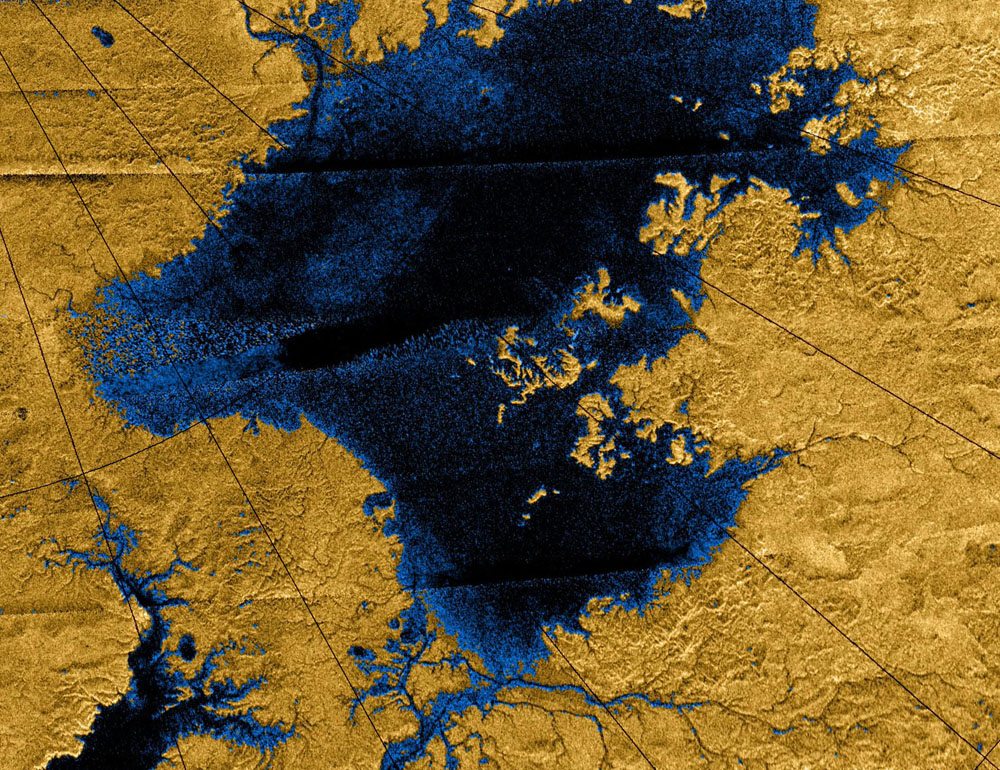 A false color image of Titan’s surface shows lakes and rivers similar to that of Earth. Credit: NASA/JPL/USGS.

Titan is an interesting world. Though it is much colder than Earth, it has interesting similarities. It has a thick nitrogen atmosphere, cloudy skies, and rain. It even has rivers and lakes. These are not composed of water, but of liquid methane (CH4). Methane plays a role on Titan similar to water on Earth. Just as Earth has a water cycle of rain, rivers and evaporation, Titan has a methane cycle. Titan’s lakes can also contain ethane (C2H6) in smaller amounts

On Earth, carbon dioxide can be absorbed by lakes and oceans. In fact, as CO2 levels have risen in our atmosphere, so to have CO2 levels in the oceans, leading to ocean acidification. Since Titan’s atmosphere is 98% nitrogen, nitrogen can be absorbed into its methane lakes and seas. Recently a team simulated nitrogen absorption in Titan’s lakes, infusing a mix of liquid methane and ethane with nitrogen. They then cooled the mix to the point where the ethane began to freeze into solid ice. On Earth, water ice floats, but ethane sinks to the bottom of the methane. The team found that as the ethane freezes and sinks, nitrogen is released creating a bubbly froth on the liquid surface. This effect could explain a strange phenomenon seen on Titan’s surface, known as “magic islands.”

Because of Titan’s thick atmosphere, we can only observe its surface indirectly, by bouncing radar signals off the surface. This allows us to image both the solid terrain and liquid lakes, and has revealed a surface that looks strikingly similar to Earth. However a few features that look like islands are seen in some images but not others. It’s unlikely that large land masses would simply disappear and reappear, so they have been a bit of a mystery. But if these “islands” are regions of a lake where nitrogen is bubbling up to the surface, they would look similar to an island terrain on radar. Once the fizzing is over, the lake would settle down and the “island” would disappear.

So it seems that Titan’s lakes can at times resemble a fizzy drink, making the world a bit more strange than we had first supposed.