A pulsar is a star that emits a regular pulse of energy, usually on the order of a few seconds up to hundreds of times a second. They were first discovered by Jocelyn Bell in 1967, and since then we’ve found more than 1,500 of them. While their source was once a mystery, we now know that they are caused by rotating neutron stars. All the pulsars we’ve found have been neutron stars, but does a pulsar have to be a neutron star? Nope, it turns out white dwarfs can be pulsars too.

Animation of a pulsar. Credit: Jodrell Bank Centre for Astrophysics

Pulsars are produced when the strong magnetic fields of these stars interact with surrounding plasma to create beams of energy that stream out from the magnetic poles of a neutron star. When the magnetic poles of a neutron star are tilted a bit from its axis of rotation, the beams of energy can sweep around like a lighthouse. If a beam sweeps in the direction of Earth, we see it as a regular pulse.

It’s long been speculated, however, that white dwarfs could also become pulsars. A white dwarf is similar to a neutron star, but instead of being collapsed down to the size of a small city, its stellar mass is compressed to about the size of Earth. White dwarfs aren’t as dense as neutron stars, and their magnetic fields aren’t quite as strong, but they are still strong enough to produce beams of energy from their magnetic poles. The problem is that a white dwarf pulsar would be harder to find, since their energy beams aren’t as strong and they would tend to rotate more slowly. But a team of astronomers thinks they’ve found one.

AR Scorpii is a binary system containing a red dwarf about half the mass of our Sun, and a white dwarf of roughly a solar mass. They are separated by a distance only 3 times that of the Earth to the Moon, and orbit each other every 3.6 hours. This kind of binary system is relatively common, but the team noticed the red dwarf was behaving unusually. The red dwarf pulses every two minutes. This is too fast for the variation to be due to the physics of the red dwarf itself. When the team analyzed the pulsations, they found it was highly polarized, which is the kind of thing that happens when material is illuminated by high energy beams. The kind of energy beams created by pulsars. It turns out that the white dwarf produces pulsar-like beams, and these sweep across the red dwarf, accelerating electrons in its upper atmosphere. The electrons then produce a pulse of ultraviolet, visible and radio light that we can observe here on Earth.

So this is the first example of a white dwarf acting like a pulsar, which is pretty cool.

How Do You Weigh A Neutron Star?
Closest Approach
To Boldly Go
Pico Arcseconds
Dying Embers
Not With A Bang But A Whimper
Run Silent, Run Deep 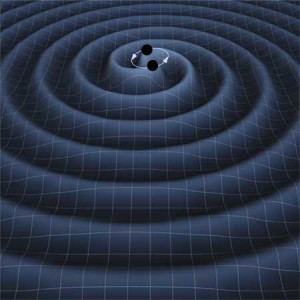