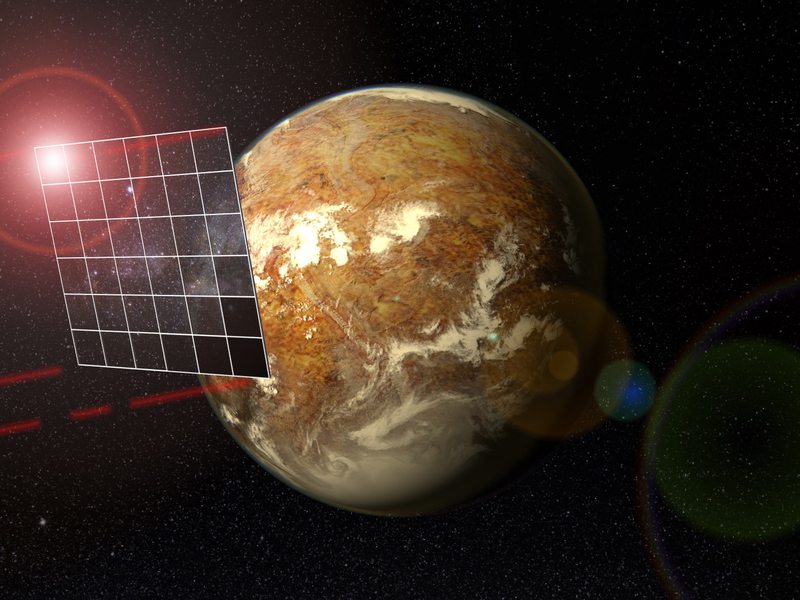 Your spacecraft is speeding toward Alpha Centauri at nearly 5% the speed of light. At that speed, your 95 year-long journey from Earth would end in a flyby lasting only a day or so. You’d like to stay a while, but to do that you have to slow down. How do you get the job done?

Traveling the great distances of interstellar space will always have a tension between time and speed. The faster you go, the less time it takes to get there, but greater speed demands more energy, and all that speed has to be gotten rid of if you want to visit a while.

To date, the fastest spacecraft we’ve ever launched was New Horizons, which had a launch speed of about 58,000 km/hr. Even after getting a gravitational boost during it’s flyby of Jupiter, New Horizons approached Pluto with a speed of only 48,000 km/hr.

The fastest spacecraft to leave our solar system is Voyager 2, which used gravitational flybys of the four outer planets to leave our solar system with a speed of about 60,000 km/hr. At that speed a trip to Alpha Centauri would take about 78,000 years. Even then, a spacecraft such as Voyager would need to make another series of gravitational flybys to slow down once it arrived. While we know at least one planet orbits the smallest member of the Alpha Centauri system, Proxima Centauri, we don’t know of any planets large enough to slow a spacecraft down.  Without a gravitational assist, the alternative would be to bring fuel on the long journey. Unfortunately the amount of fuel you would need to slow down at the end of your journey is about the same as the amount of fuel it took to speed up in the first place. Your original launch would then have to accelerate both your spacecraft and the fuel it carries, making the whole thing unfeasible.

Part of the problem with sending a Voyager-type spacecraft to another star is its mass. Voyager 2 had a mass of over 700 kg, for example. But an alternative approach favored by the Breakthrough Starshot project is to send extremely light spacecraft, with a mass on the order of grams. Such spacecraft would be accelerated to a few percent of light speed by an array of lasers. We can’t currently build such small starcraft, but if we could, we might be able to slow down the spacecraft by the light of Alpha Centauri itself.

A new paper published in the Astrophysical Journal outlines the idea. Since light exerts a tiny amount of force on anything it lands upon, a small craft with a large enough sail could use light to slow down. The idea has been around for a long time, but this new work demonstrates that a craft the size and mass proposed by Breakthrough Starshot could orient itself in such a way to use the light of Alpha Centauri A and B to both slow down and change its trajectory toward Proxima Centauri. Instead of taking 95 years to make a quick flyby of the Proxima system, it would reach Alpha Centauri A in 95 years, swing past Alpha Centauri B, and make a slow 46 year journey to Proxima Centauri. Sure, the idea would increase the journey time by about 50%, but it would allow the spacecraft to stay for a while, gathering data until its systems failed.

Ideas like this are still in the earliest stages, but they do demonstrate that interstellar missions aren’t simply science fiction. Just as we once made our first tentative explorations of the solar system, in a century or two we may have tiny spacecraft orbiting a planet around another star.

The Science Behind ‘The Martian’ Hermes Spacecraft