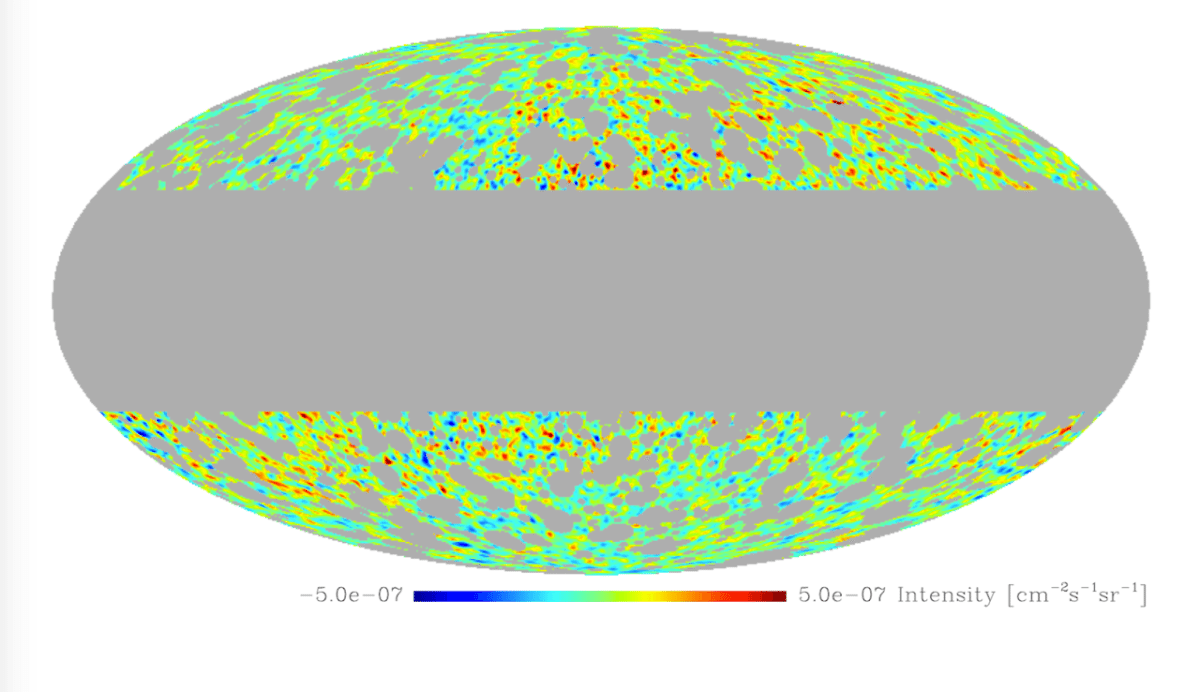 Gamma rays are the most energetic forms of light in the Universe. They’re generated by a variety of sources, from the heated material surrounding supermassive black holes, to the supernova explosions of dying stars. But some have theorized they might also be produced by dark matter.

Interestingly, the gamma ray background we observe is diffuse. About 80% of the gamma rays we observe don’t come from a specific source such as supermassive black holes. It’s possible that they come from distant sources we can’t pinpoint, but it could also come from diffuse dark matter interactions. At least that’s been one idea.

Moving in the Dark
Modified Gravity Need Not Apply
Hidden in the Dark
Fault In Our Stars
Dark Beginnings
A Difficulty with Dwarfs
Triangulum II: A Dark Matter Galaxy?
Dark Matters
Strange Days
On X-rays and Axions