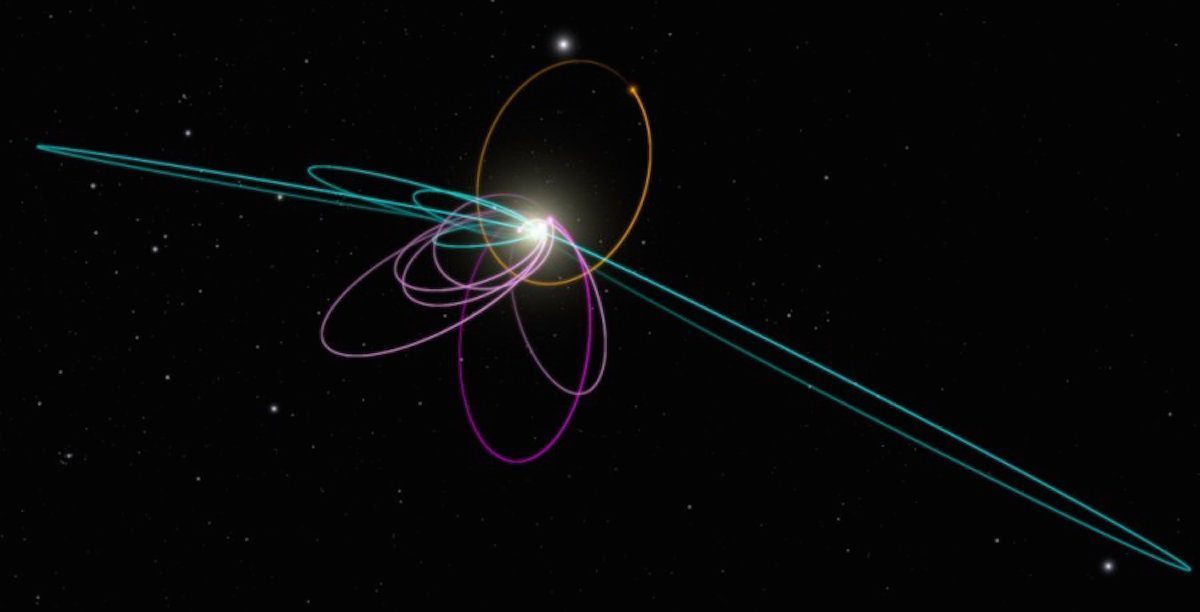 There’s a new member of the solar system, and it could mean even more to come.

Known as 2014 UZ224, it is about 400 – 1,000 kilometers wide (depending on its albedo). As it’s name indicates, it was first seen in 2014, but it takes time to observe enough motion to confirm its orbit. It’s more than 90 times farther from the Sun than Earth, or more than twice as distant as Pluto. That makes it the second most distant solar system object, after Eris.

Not much is currently known about this new member of our family. As the flyby of Pluto demonstrated, it could hold plenty of surprises. But there is still plenty to learn from its orbit. Given that its distance is roughly similar to other trans-Neptunian bodies, it supports the argument that there could be more than 100 such objects in the region. This particular discovery is doubly interesting because it’s orbit is consistent with the “planet nine group,” which is a cluster of small bodies with orbits that seem to be gravitationally influenced by a super-Earth sized planet in the outer solar system.

The data supporting planet nine is still tentative, but this new discovery adds more evidence to the pile.

Children Of The Wolf
A Jovian Eclipse Reveals Lava Lakes On Io
Snow White, Rose Red
Magnetic Meteorites
Waiting in the Dark
Elvis Has Left the Building
Across The Bow
Kepler’s Hypothesis
Manx Comet
Water, Water, Every Where