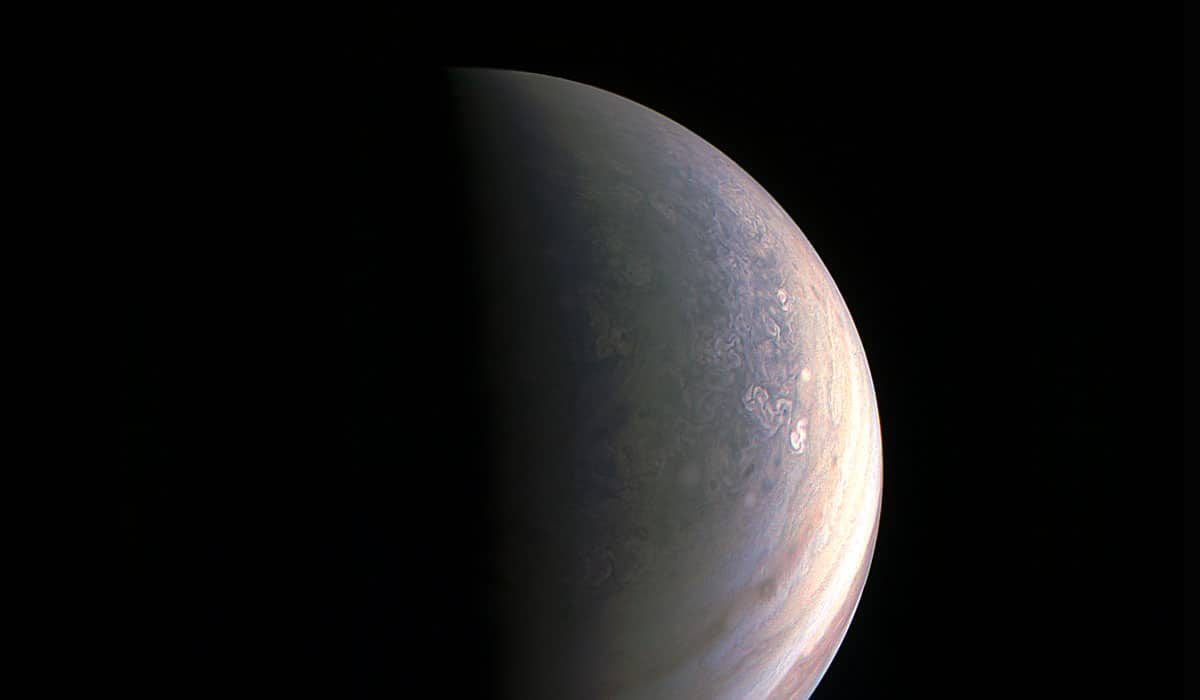 The Juno spacecraft has captured detailed images of Jupiter’s north pole for the first time. It’s churning, mottled patterns are quite different from the familiar Jovian clouds.

On the one hand this is somewhat to be expected. Jupiter generates more heat in its interior than it receives from the Sun, and so a pattern of convection forms, where warmer material rises to the surface, then cools and sinks again to the depths. Near the equatorial region Jupiter’s fast rotation smears out these patterns into the familiar band patterns, but near the poles there is no great rotation to create a banded pattern.

On the other hand, the view is quite unexpected. Saturn, likewise, generates more heat than it receives, but on Saturn the banded patterns still exist close to the poles. Then there is the fact that Saturn’s north pole has a hexagon pattern not seen on Jupiter. It’s not clear why the two gas planets should have such different poles.

Delta-V
Never Tell Me the Odds