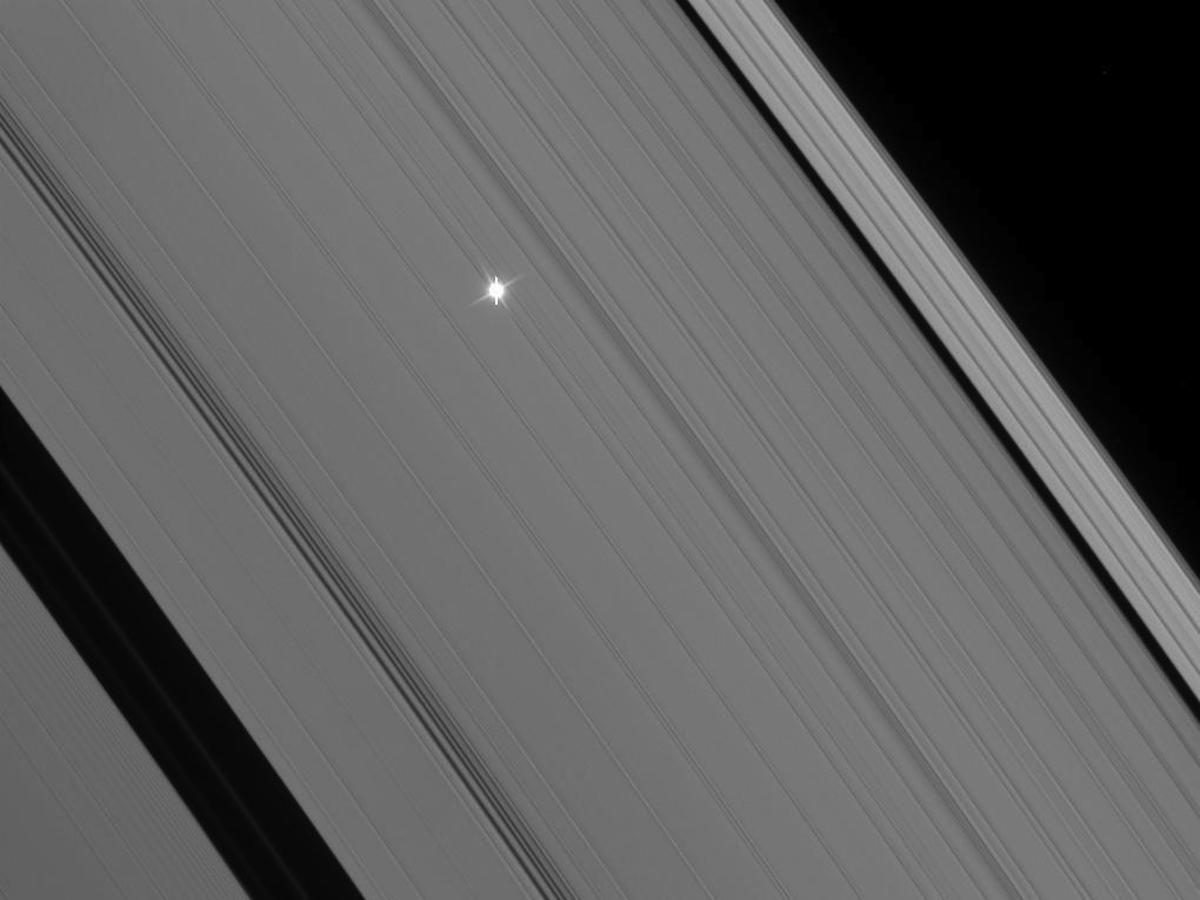 The rings of Saturn are incredibly thin. The most visible portions of the rings span 280,000 kilometers, and yet they are only about a kilometer thick. The rings aren’t solid, but rather a collection of icy particles and moonlets. Because of this, starlight can pass through the rings. We don’t normally notice it because the rings are so bright, but when the Cassini spacecraft passes into the shadow of the rings, it can watch a star as its light twinkles through the rings.

The optical depth of Saturn’s rings compared to their visible appearance.

Stars have a known brightness, so when a star is seen passing through Saturn’s rings, the amount the light dims is a measure of how much light is absorbed by the rings. Known as the optical depth, it is a good measure of how thick and dense the rings are at different distances. This allows us to look for patterns that aren’t easy to see just by looking at the rings. While we’ve done this type of thing with stars as seen from Earth, Cassini has the advantage of watching different stars as their light passes through the rings at different angles, which gives us a much richer picture than Earth-based observations alone.