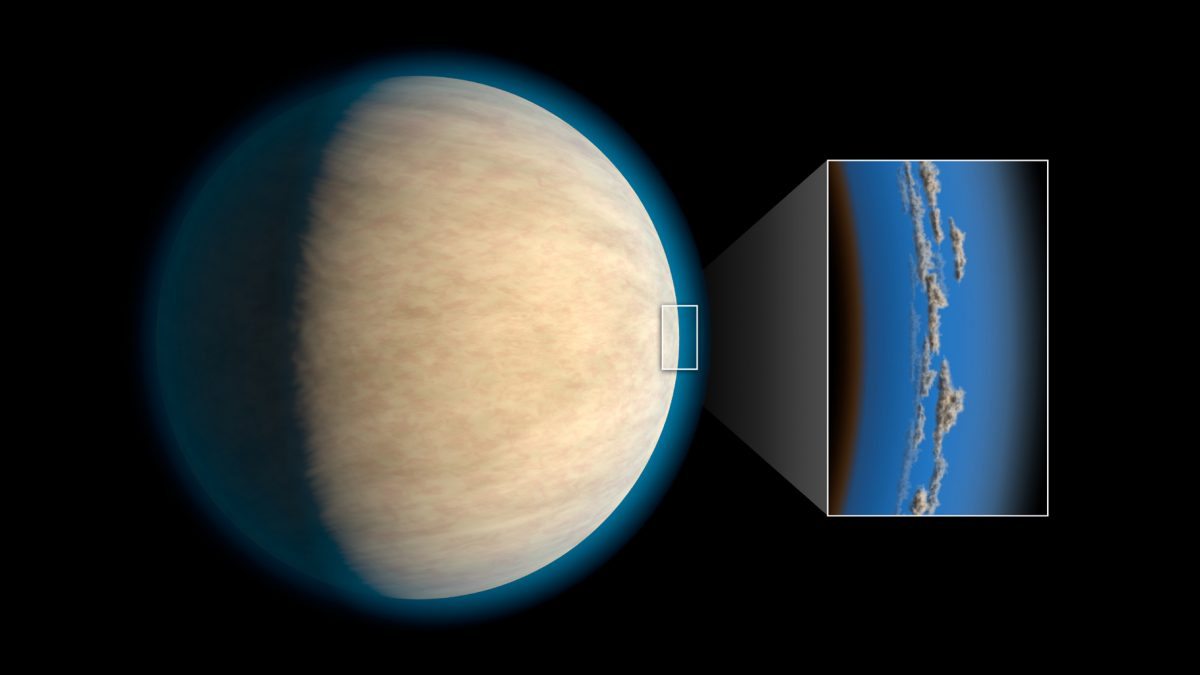 The atmospheres of exoplanets are studied by looking at how light from a star gets absorbed as an exoplanet passes in front of it. This means it’s only the upper layer of the atmosphere that we can study. Anything below a layer of clouds or haze won’t be seen. In a new study, a team of astronomers looked at 19 hot-Jupiter exoplanets. Evidence of water vapor was found in 10 of them, while the other 9 showed no evidence of water. They then looked at an overall spectrum of light from these exoplanets, and compared them with models of clear atmospheres and hazy atmospheres. They found that for most of the planets about half the light from their atmosphere is blocked by clouds and haze.