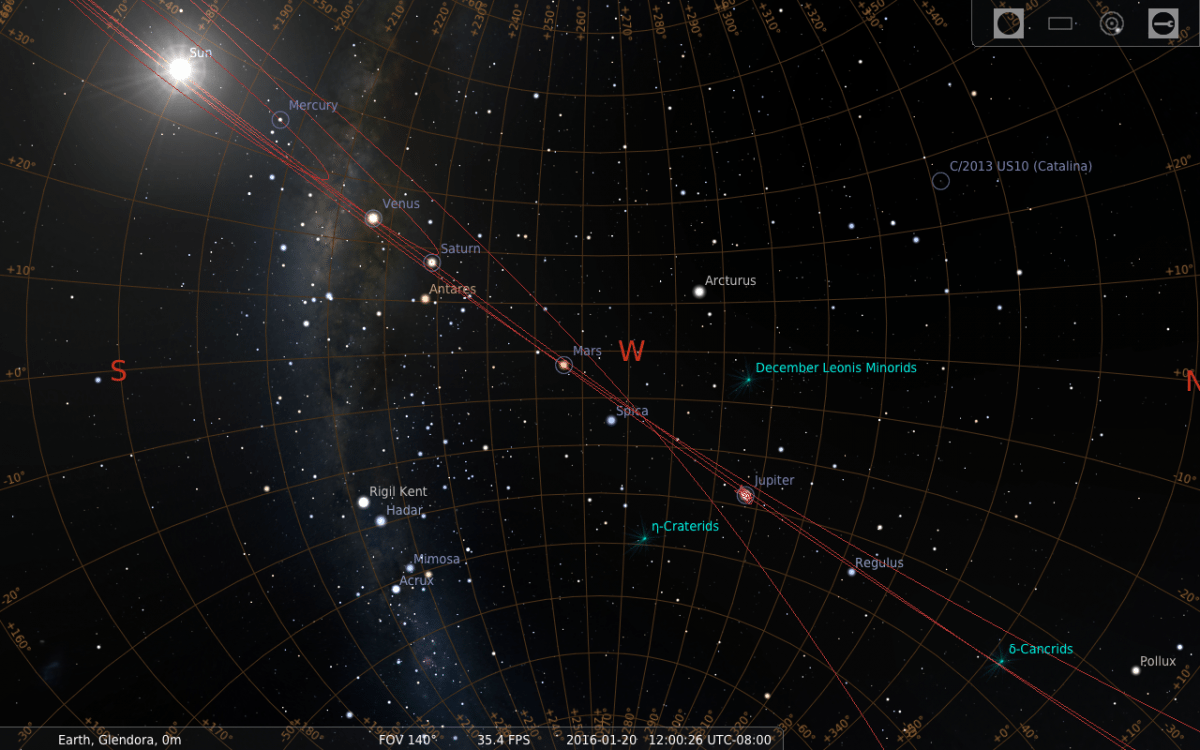 If you look to the east a bit before sunrise, you’ll be able to see five planets roughly in a line. Mercury will be the most difficult to observe, and might not be seen by many observers, but Venus, Saturn, Mars, and Jupiter should be easily seen if the sky is clear.

The occurrence has been called a planetary alignment by many, but that’s a bit of a misnomer. The planets aren’t arranged in a line within the solar system, it’s just that from Earth’s vantage point they appear in the same general direction. It’s an unusual event, but not particularly rare.

What’s interesting about this event is that it gives you a good idea of an imaginary line in astronomy known as the ecliptic. The ecliptic is the path the Sun traces through the sky over the course of a year. It marks the plane of Earth’s orbit around the Sun. Since the orbital planes of the Moon and planets have a similar orientation, the Sun, Moon, and planets all move through the sky roughly along the ecliptic. Historically that’s why this region of the sky was seen as astrologically significant, and why the zodiac constellations all have the ecliptic passing through them.

So if you get a chance, it’s worth checking out sometime before the end of the month. It’s a nice perk if you have to get up before dawn anyway.

Why Do We Have Meteor Showers?
Iridium Flare
Syzygy
Game of the Name
Teapot Star
Dawn Of Time
The Curious Case of Planetary Orbits
To Your Scattered Photons Go
Conjunction Junction
Obstructed View