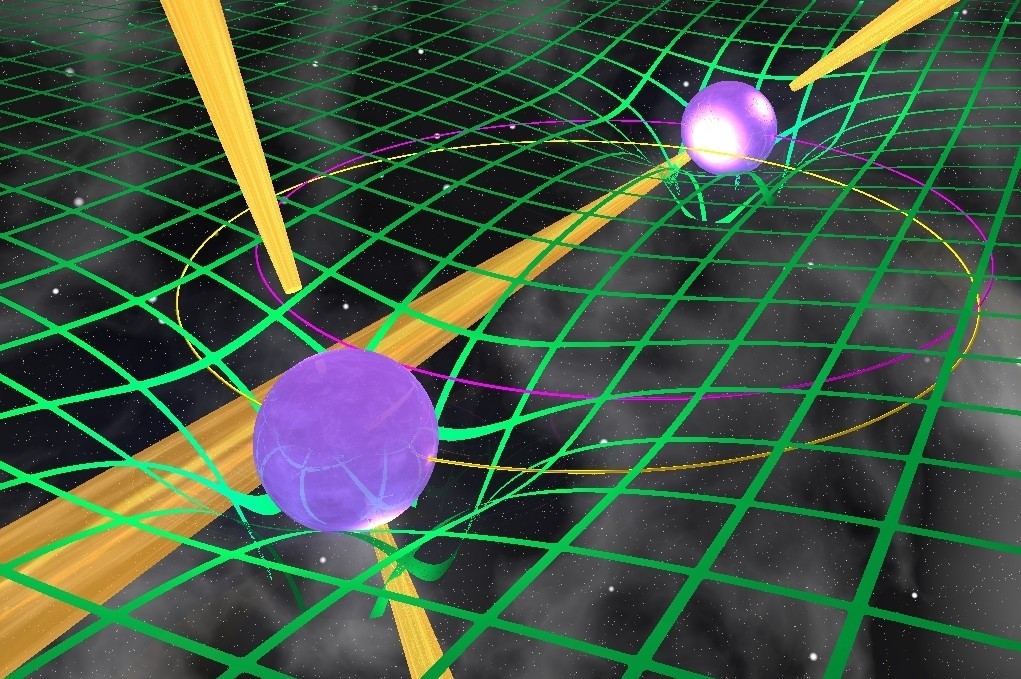 While general relativity is an extremely well tested theory, we’re always looking for more precise ways to test it further. Either relativity will pass the test yet again or we’ll find evidence of something beyond relativity. But tests of general relativity are hard to come by, particularly for the most subtle effect of the theory, gravitational waves.

The best tests we have of gravitational waves is through binary pulsars. The first indirect evidence came from the Hulse-Taylor system, which consists of a pulsar orbiting a neutron star. Most of the systems we can use to test GR contain a pulsar orbiting another object such as a neutron star or white dwarf. But a system known as J0737-3039 consists of two pulsars. One pulses at a rate of 23 milliseconds, while the other at about 2.8 seconds. Their orbital period is only about 2.4 hours, so they are quite close to each other.

The regular radio pulses of a pulsar allow us to determine their motion with great accuracy, and since we can measure the motion of both pulsars we can test relativity with greater precision. While Hulse-Taylor system confirms relativity to within 0.2% of the theory, J0737-3039 allows for confirmation to within 0.04%. So far, general relativity still wins.

Echoes From The Abyss
To Boldly Go
Messages From Home

Secular and Periodic
The Attraction of Curves
Why Does Gravity Wave, And Why Does It Matter?
Light Matters
The Optical Trifecta
Black Holes
The Stars Uncounted