The supreme court of Hawaii has rescinded the construction permit for the Thirty Meter Telescope (TMT). This has understandably made some people quite angry. But when I hear some scientists referring to TMT opponents as ignorant savages, it makes me very ashamed.

The Thirty Meter Telescope is an ambitious plan to create a large telescope in the northern hemisphere. It was intended to be the flagship of American astronomy, and was destined to make some amazing discoveries. As an astronomer I would love to see the telescope built. Part of that is my own childish desire to have my scientific toys now. Life is short, and I want to understand as much of the universe as I can, sooner rather than later.

But science is not simply a race to gather all the facts. It is a process through which we gather knowledge, and its a process that never ends. When science is done well it fosters a bit of humility and instills in us an ability to see the larger picture. Following that path requires a willingness to recognize that all of us descend from a barbarous past. Standing on the side of science does not automatically give us the moral high ground. Many scientists have not lived up to the scientific ideal. We’ve stolen the data of others, claimed discoveries for our own, and bullied people to promote our own scientific agenda.

Science is not a hammer we can use to bludgeon the views of others.

As a friend of mine once said about TMT debate, you can’t tell someone how to feel. Much of the debate on either side is about our feelings and the priorities that drive those feelings. In the face of opposition we can look the the feelings of the other side and try to build bridges of understanding. We can seek out alternatives when barriers are placed in front of us. We can strive to be better than our past, and try to create wisdom from hard won scientific knowledge. We can recognize that we won’t always succeed.

If the TMT is delayed, then its wondrous discoveries will be revealed to the next generation of scientists. If it is cancelled then we can inspire the next generation to create different observatories and better scientific tools. If we are humble and patient–if use our passion for science as inspiration to be better than our past–then in the long run our scientific understanding will continue to flourish and grow.

But if we simply condemn those who dare to feel differently, it is we who will remain ignorant savages.

Have You Heard the One About…
Facts and Figures
National Observatory
Big Dreams
The Four Elements
Climbing the Ladder
Self Centered
Is the Earth Really Round? 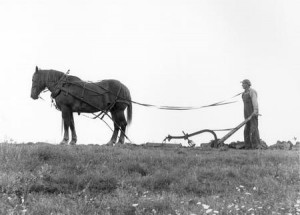