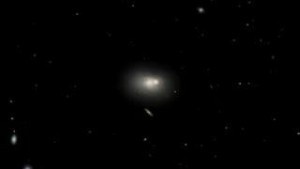 The purple lobes in this image show radio emissions, not visible light. It was taken using the Very Large Array (VLA). Since the jets are made of plasma, they are bright at radio wavelengths, but not very bright at optical wavelengths. The supermassive black hole driving Hercules A is at the center of a rather bland elliptical galaxy known as 3C 348. The image above combines an image of the galaxy in the visible spectrum with the radio image of the lobes.

Since the VLA is an array of radio antennas, it can produce detailed radio images. We can see, for example how the jets stream out in a narrow beam at nearly the speed of light, eventually slowing and interacting to create wide turbulent lobes. By studying images such as this we can better understand how high energy plasma interacts in space. 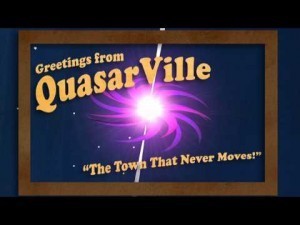 Marking Time
The Mystery Of Fast Radio Bursts
Seen and Unseen
Little Green Men
How Does Interferometry Work?
Where Are You? 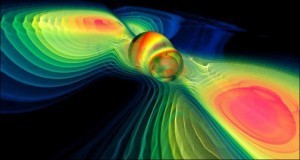