In astronomy, we often lament the rise of light pollution. As populations rise and our use of artificial lighting becomes greater, we lose the dark skies of our ancestors. We can see this effect through the increasing difficulty in observing a night sky filled with stars. While we can’t see radio waves, radio astronomy also suffers from an increase of light pollution.

While the radio quiet zone is often portrayed as a region where modern society can’t encroach, but that’s actually not the case. Folks in the region have internet just like everyone else. They can stream Netflix, stalk Facebook and all the rest of modern society just like everyone else. They just don’t have wifi or cell phones. Except for the “always in your pocket” access to the web, things aren’t that different than any rural area in the US. Even then, there are folks who have wifi in their home and such. Though it’s discouraged, the radio quiet zone can’t control what people do in their own home. It only regulates things like radio stations and mobile phone towers.

Most of the efforts within the region is making sure that things like faulty wiring and old transformers don’t fill the air with loud stray radio signals. These can be addressed by proper equipment maintenance and sometimes a bit of shielding. But we also live in a world that is increasingly radio loud. Bluetooth and wifi are now used not only in laptops and cell phones, but in exercise monitors, smart watches and even batteries in smoke alarms. As the “internet of things” increasingly connects objects to each other, keeping the radio quiet zone truly quiet will become an increasing challenge.

All of these radio loud devices pose no harm to us personally, any more than an electric lamp does. They can even make our lives more convenient. But that convenience comes at a cost to radio astronomy. Modern radio telescopes are so sensitive that even snapping a picture with a digital camera near the telescope can flood the detector with radio light. Hence the need for a radio quiet zone.

It’s the only way radio telescopes can have truly dark skies. 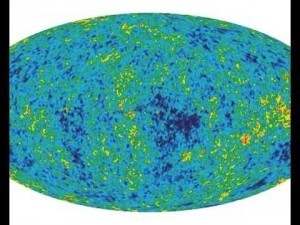