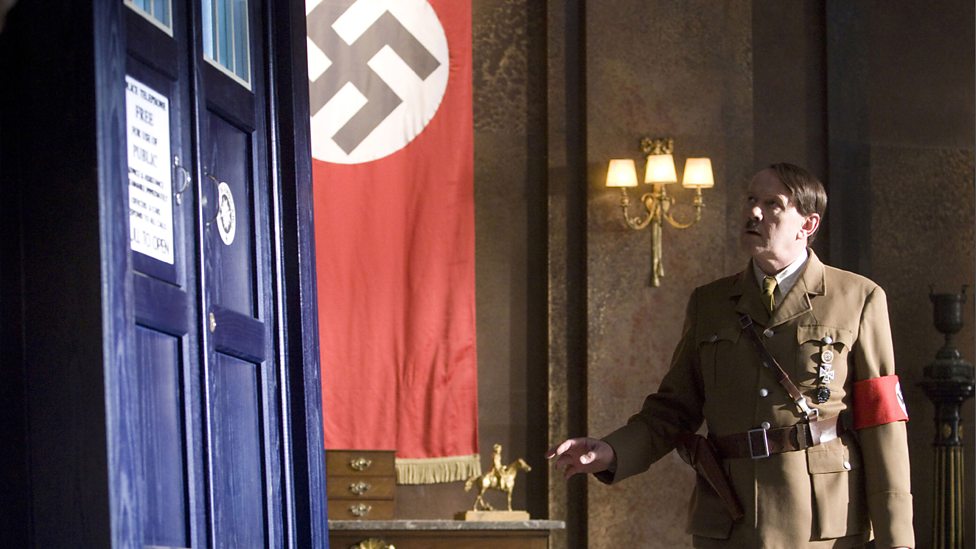 In the discussion of hypothetical time travel, someone almost always brings up Hitler. After all, if you’ve got access to a nuclear DeLorean or blue police box, who better to eliminate from the annals of time? In internet conversations, Godwin’s law is the observation that in any online argument someone will eventually bring up Hitler to make a point. “Yeah? You know who else liked vanilla ice cream? Hitler!” So when the New York Times decided to poll readers on whether they would kill baby Hitler, they enacted the Godwin’s law of time travel. It was only a matter of time.

The idea of killing Hitler is such a common trope in science fiction that the phrase “Everyone kills Hitler on their first trip.” has become a meme. From a physics standpoint, the challenges of killing Hitler are almost as big as the challenge of time travel itself. As I wrote about in an earlier post, there are metaphysical problems with the physics of time travel, and those would affect whether you could or should kill Hitler to prevent WWII.

One of the problems is the grandfather paradox, where if you go back in time to kill your grandfather before he has children, you wouldn’t have been born and couldn’t have killed your grandfather. The same paradox occurs with killing Hitler. If you eliminate baby Führer and prevent the rise of the Nazis, then you create a world where WWII didn’t occur, and thus you have no reason to travel back in time. Thus, Hitler survives to adulthood and we’re back where we started. Acting as a time-traveling executioner simply creates a paradox.

If time travel is self-consistent, then you can’t change history. You could, however, travel back in time to cause Hitler’s rise to power. So that’s not a good idea.

What about the many-worlds idea, where traveling back in time creates a parallel universe? In that case eliminating Hitler would create a new timeline without Hitler, but the old timeline would also still exist. Your time tripping does nothing to eliminate the pain and suffering of the original timeline. It might also create a new timeline with even more pain and suffering. After all, if Hitler didn’t rise to power, who’s to say that someone worse wouldn’t replace him?

So overall it seems traveling through time to kill Hitler is inconsequential at best, and could be downright harmful. That whole period of history is probably best for novice time-travelers to avoid.

No Makeup Selfie
There And Back Again
What Are The Odds That Aliens Exist?
Heffalumps and Woozles
Mirror Mirror
The Fading Truth
Still Alive
Back To The Future Is Easy – It’s Back To The Past That’s Hard
Could We Ever Build A Time Machine?
Using Light To Simulate Time Travel