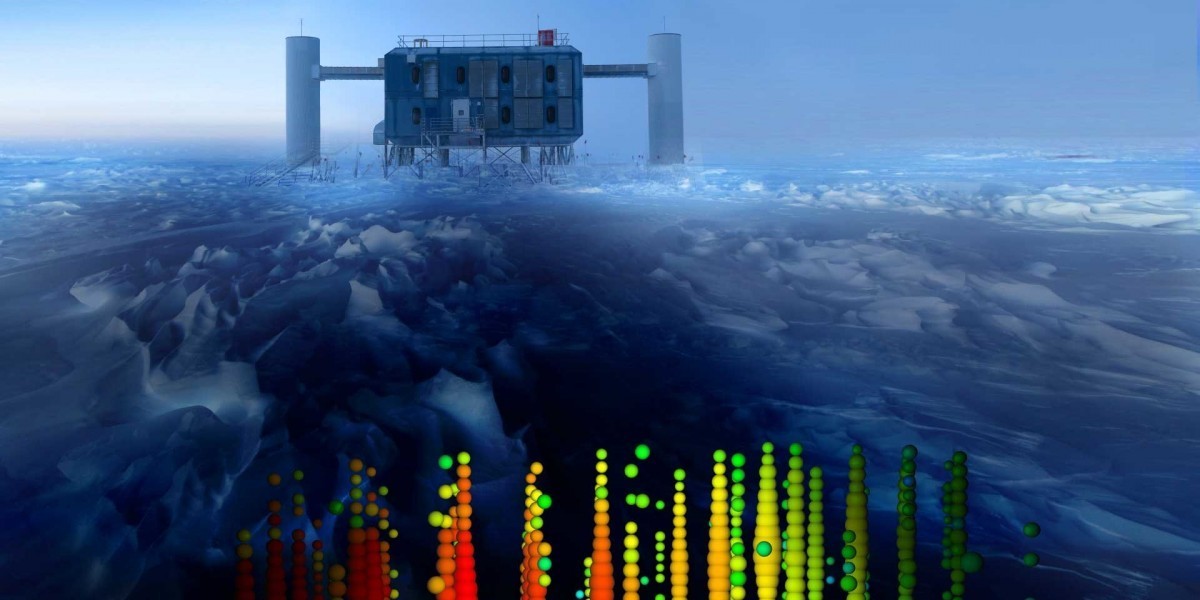 Neutrinos are being detected from outer space, and that’s kind of a big deal.

Neutrinos are an elementary particle somewhat related to electrons. But unlike electrons, which have an electric charge and a measurable mass, neutrinos have no charge and a tiny difficult to measure mass. These elusive particles only interact through the weak force, and so they’re extremely difficult to detect. One way to detect them is by using large tanks of water and waiting for a neutrino to collide with a water molecule. Neutrinos strike the molecule with such energy that a small amount of light is produced, which we can detect. One of the biggest challenges comes from the fact that other energetic particles can collide with water molecules to produce light, so we shield the detectors by building them in abandoned mines, or burying them under the ice in Antarctica.

But now the IceCube Collaboration in Antarctica has announced the discovery of cosmic neutrinos. The IceCube detector is much more sensitive than the detectors we had in 1987, so it’s not only able to detect neutrinos, it’s able to determine both the energy levels of different neutrino events and the direction from which they originate. Out of 35,000 neutrino detections over the course of 2 years, they found 21 that had very high energy levels. Higher than those typically produced by cosmic rays. They also came from the direction of the northern hemisphere, which meant they traveled through the Earth to reach the detector. Both of these facts point to the neutrinos originating from outside the solar system.

On one level, this discovery simply confirms the existence of astrophysical neutrinos, which we’ve known should exist for quite some time. But the fact that we now have the sensitivity to detect these things is pretty amazing.

Problematic
Give and Take
The Brilliance of Scientific Assumptions