The first ultracompact dwarf galaxy (UCD) was discovered last year. Since then a handful of others have been found. From these new discoveries we now have an idea of how they could have formed. UCDs are not only extremely dense with stars, but at least one has a supermassive black hole in its core. This black hole is of a size typically found in larger galaxies like our Milky Way. So it’s thought that UCDs were once larger galaxies that have been stripped of their outer stars due to a gravitational collision with another galaxy, as simulated in the video. There are two clues that support this idea. The first is that these ultracompact dwarfs are each found near a large galaxy that could have stripped away outer stars. The second is that UCDs contain higher than expected amounts of iron in their spectra. Iron is more readily produced in larger galaxies, so this points to UCDs once being a large galaxy. If this idea is true, then the other UCDs should also have supermassive black holes, which will be a focus of future study.

These compact galaxies are both bright and dense, so they are actually pretty easy to observe. Since we didn’t expect such galaxies to exist, they weren’t really noticed until we knew what to look for. Which just goes to show that sometimes a new discovery can be hiding in plain sight. 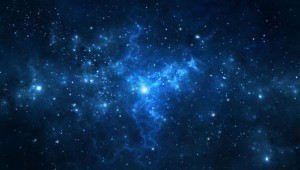