You won’t believe what they’ve done this time.

If you’ve read this far, I want to be clear that the headline was linkbait. This post isn’t about some new transgression from IFLScience, but rather about why hype in science reporting is so harmful. For my regular readers I promise never to pull this kind of thing again. For those who have come because of the outrageous headline, hear me out.

A few days ago I wrote a post callout out IFLScience for misrepresenting research on solar cycles. It created a bit of a firestorm, with lots of people defending the site’s use of linkbait headlines:

Who cares if they grab some attention with their headlines. They’re pulling people away from main stream media which is a good thing.

These science websites have to bring in the non-science-degreed people.

I don’t blame IFLscience for having the odd attention grabbing article/headline, anything that gets more people into science and away from celebrity obsession is a good thing.

Hypothetically, the word “sun spots,” “ice age,” and “science,” were used in a conversation between two adults whose lives probably very rarely revolve around this. They’ve gotten people into the discussion. I don’t care how.

There was also a great deal of accusation that I was being elitist by calling out IFLScience:

IFLScience isn’t a technical journal, and it’s not pretending to be. It’s trying to make science news accessible to the masses.

The fact is IFLS isn’t a peer-reviewed scientific journal. It’s a science and entertainment site.

What I find most disheartening about these kinds of comments is how deeply they underestimate people’s intelligence. It reinforces a common misconception that science is only for “smart” people, and it isn’t relevant to most people’s lives. Neither of these are true. People don’t need to be coddled or lied to in order to interest them in science, they need to be engaged in a clear and honest way. Science isn’t perfect, but it is a deeply powerful method for gaining knowledge. The more knowledge we have about the universe, the more readily we can face the challenges ahead. Hyping results and misrepresenting research only serves to strengthen the argument that scientists don’t really know what they’re talking about. That’s why it’s anti-science, and that’s why I called IFLScience out. They can be a voice for good, but when they willfully mislead it is deeply harmful. The same is true for any site that misrepresents scientific research.

The main argument of those defending hyped and misleading headlines is that it starts a conversation. To them I would say use this to start a conversation. Feel free to share this post with your friends, but better yet write your own. We deserve better than hyped headlines to spark a discussion.

Note: The image for this post? It was created by Andy Brunning as seen on (you guessed it) IFLScience.

Not Even Wrong
Dark Matters 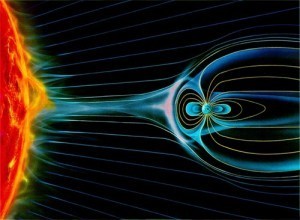