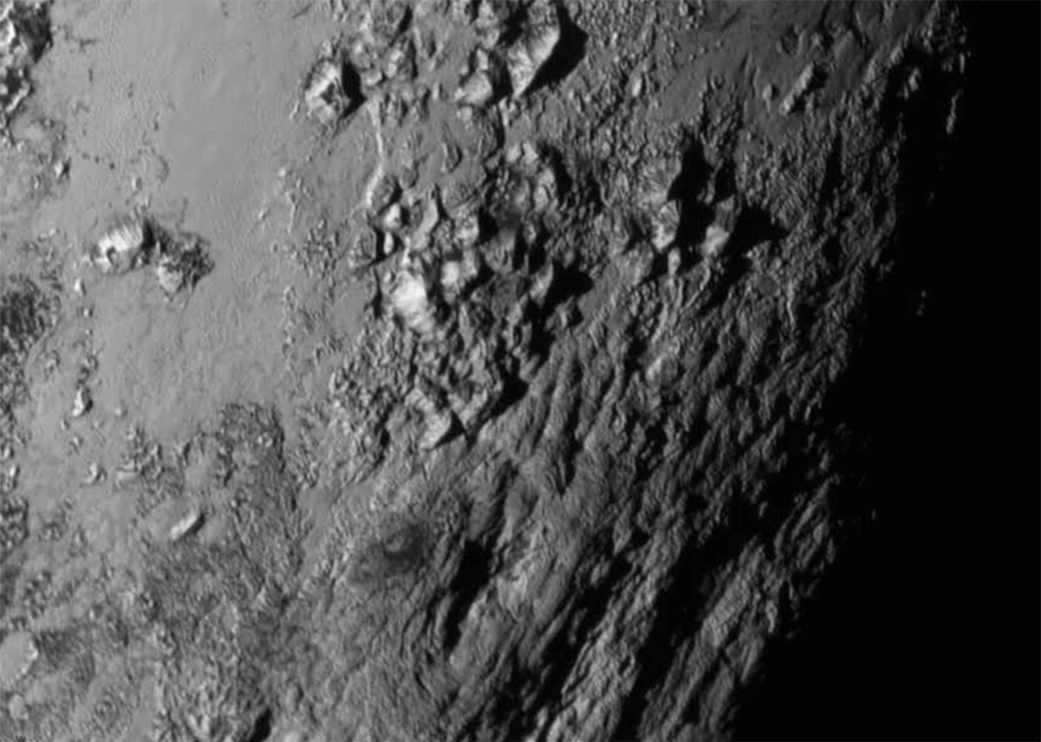 There are mountains on Pluto, and that actually tells us quite a bit about the dwarf planet.

We’re just beginning to get some low resolution images from New Horizon’s flyby of Pluto, but already the image tell an interesting story of the dwarf planet. For one, Pluto has jagged mountains on its surface. Most of the surface is covered with frozen methane and nitrogen, but neither of these solids are strong enough to form mountains. However water ice is strong enough at Pluto’s temperature, and that’s likely what these mountains are made of. That Pluto probably has a “bedrock” of water ice.

Another thing you’ll notice is that these mountains are not just large, they are also jagged. They haven’t been worn down, nor are they pummeled by craters. This would indicate that they are fairly young, perhaps less than 100 million years. On the billion-year scales of the solar system, that’s quite recent, and that would imply Pluto is geologically active. That’s surprising, because Pluto doesn’t experience tidal forces, which is what often keeps the icy moons of the outer planets active. What could be driving Pluto’s activity isn’t clear.

So already it’s clear that Pluto is full of surprises.