The reason for the planets lying in this common plane has to do with the way planetary systems form. As a cloud of gas and dust begins to collapse into a star, its rotation causes it to flatten into a disk. This gives rise to a protostar at the center of the cloud, with a protoplanetary disk surrounding it. We see such protoplanetary disks in stellar nurseries, such as the Orion nebula.

As planets begin to form within the protoplanetary disk, much of the material is either captured by planets or scattered to the outer regions of the system (such as the Oort cloud). But the planets don’t capture all the material. There remain asteroids and meteorites, and even smaller grains of dust. Like the planets, much of this dust lies within the plane of the solar system. Collisions between asteroids, cometary dust and other processes also contribute to this dust.

We can see this dusty plane at during the Spring and Fall, when the ecliptic is titled far from the horizon. It can only be seen in dark skies, either before sunrise or after sunset. It is more commonly observed before sunrise as a dim glow, which is why it is sometimes called the false dawn.

Call of the Void
What’s Your Sign?
Foreshadowing
Bok Globules
Having FITS
Moving Through a Dream
Energy Bubble
Wandering Stars 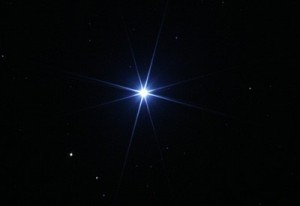