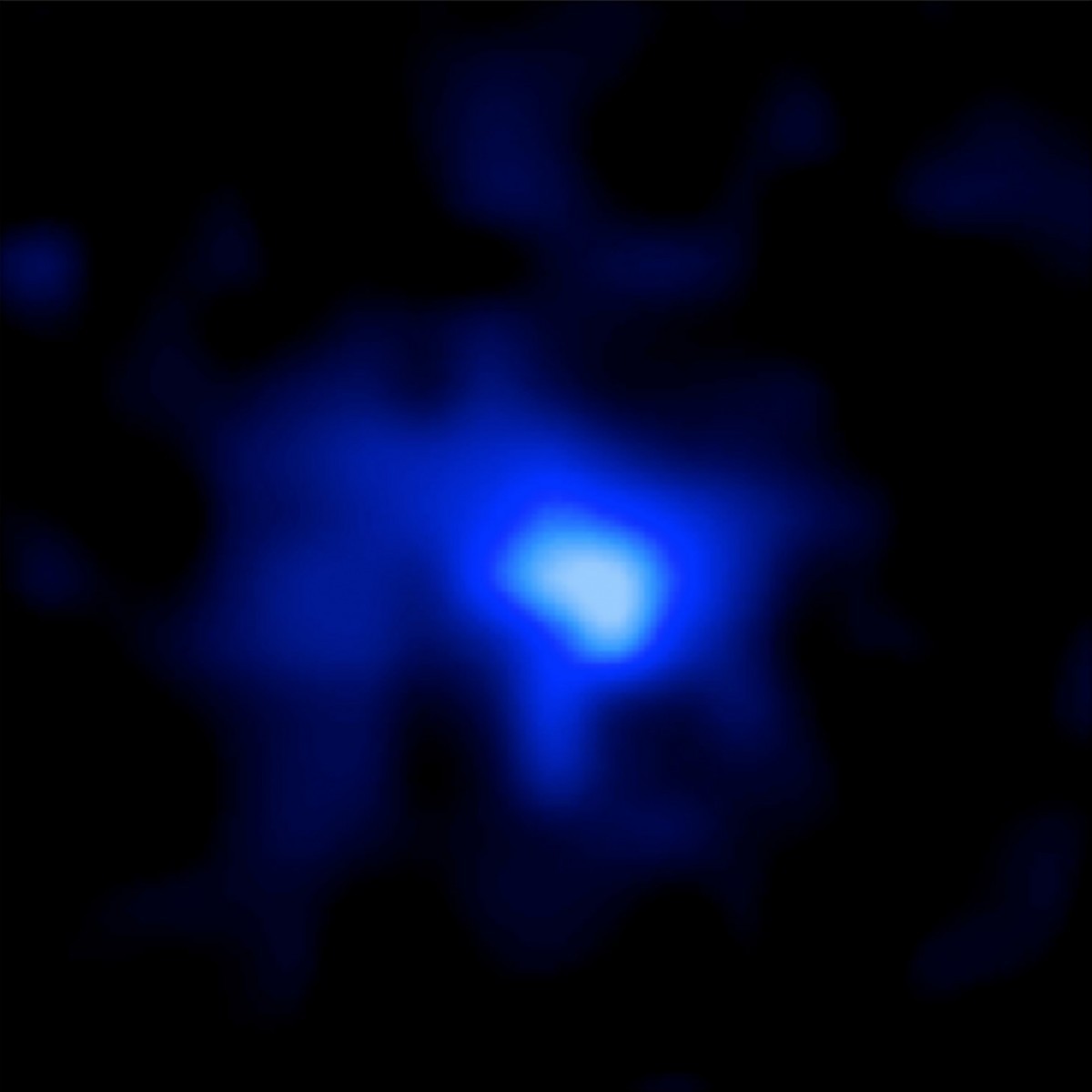 Astronomers have discovered what seems to be the most distant galaxy yet discovered. The galaxy known as EGS-zs8-1 has a redshift of z = 7.73, trumping the previous record for a galaxy at z = 7.51. Several articles are giving a distance of this galaxy as about 13 billion light years away, but that’s not really an accurate measure, and it’s part of the reason we usually talk about redshift rather than distance.

That last distance might seem odd given that the universe is only 13.7 billion years old, but it’s important to keep in mind  that the galaxy hasn’t traveled 26 billion light years in 13 billion years. In fact any actual motion away from us through space would be in addition to the 26 billion light years. That last distance is entirely due to the expansion of space between us. In an expanding universe, distance is always changing.

Which is why astronomers tend to stick with redshift.