The image above is a planetary nebula known as M2-9. It’s also known as the Butterfly nebula, but there are lots of other nebulae by that name. Planetary nebulae occur when red giant stars cast off their outer layers as they begin a transition toward becoming a white dwarf. The cast off material is caused to glow when the exposed interior of the star illuminates it with ultraviolet light, causing the material to ionize into a glowing plasma. We call them planetary nebulae because William Herschel first observed them as circular or “planetary” in shape, but we now know they come in a wide range of forms, including the layered, double-lobed shape of M2-9. Just how planetary nebulae produce such varied complexity is something we don’t fully understand. While we’re still trying to understand what the underlying mechanisms are, we do know very clearly what they aren’t.

The idea for this post came about because of a discussion with someone whose scientific interests lean toward the electric universe model. Regular readers will know I don’t find the electric universe model remotely compelling for several reasons. One of the EU ideas that has gained popularity is the idea that lobed planetary nebulae such as M2-9 are caused by plasma z-pinches in the great currents of cosmic plasma. The idea is ridiculous to anyone who’s studied astrophysics, but how do we know it’s wrong? After all, the EU folks have clearly studied this in detail, what makes me so arrogant as to tacitly dismiss the idea?

For those who aren’t familiar with plasma physics, a z-pinch is an effect which can occur when a plasma is constrained by a surrounding magnetic field. The magnetic force on a current is always perpendicular to the direction of the current, so when a current of plasma flows into a cylindrical magnetic field, the magnetic forces squeeze the plasma inward, causing a pinch. The pinch effect has been studied for nearly a century, and has been used in everything from crunching beer cans to work on harnessing fusion. If you look at M2-9, it’s easy to imagine a z-pinch. The plasma current flows in, pinches in the center, and flows out the other side. This is what Donald Scott and other EU folks claim, and I would agree there’s certainly a resemblance. However Scott goes further to argue that because it looks like a z-pinch, that’s what it must be. This is a classic “quacks like a duck” fallacy, which most scientists are pretty wary of. Doubly so if what it looks like would turn a hundred years of astrophysics on its head.

But this is one of those cases where there is a clear prediction from the EU model. That is, the flow of plasma is through the pinch. This means if you look at the Doppler shift of light coming from the nebula you should clearly see that the material flows in on one side and out on the other. The standard red giant model makes a very different prediction. It says the Doppler measurements should show material flowing out from the center on both sides. It turns out we’ve made Doppler observations of M2-9, and sure enough it agrees with the standard red giant model.

While this might seem like a pretty clear refutation of the z-pinch idea, but the counter argument seems to be that you could have two layers of current flow so that it goes in both directions (also contradicted by Doppler observations) or all manner of complex plasma phenomena that might explain away the Doppler data. But that isn’t very compelling because tweak theories are weak theories.

The other counter argument raised in the discussion was that astrophysicists don’t entirely understand the nebula either. If you read through the cited paper you’ll see a discussion of several models for the behavior of the lobes, peppered with phrases such as “possibly” and “might be.” It’s clear there’s a lot we don’t understand about M2-9. That’s because good scientists are cautious about making unsupported claims. We tend focus on the known unknowns.

But that’s how science pushes forward toward better models, instead of clinging to ones that clearly don’t work. 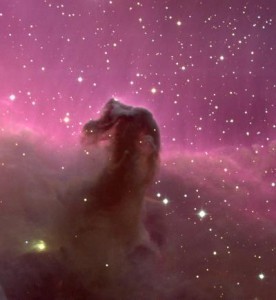