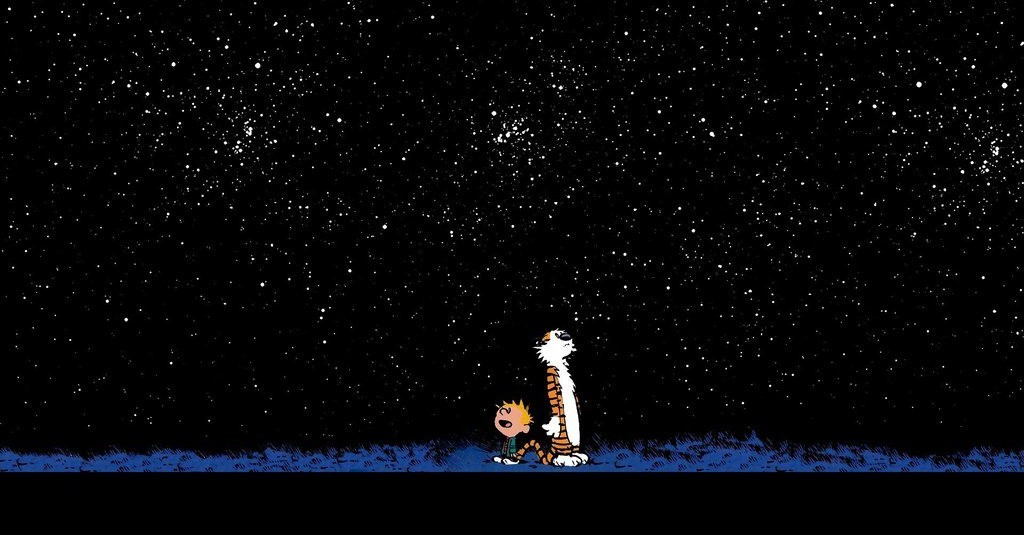 The origin of the universe is often portrayed in popular science as a vast sea of darkness.  Centered in this darkness is a bright point of light, which suddenly expands, filling your view with light, fading into a dance of galaxies.  Of course this raises all sorts of questions:  What did the universe expand into? What triggered the initial explosion?  Where did all that matter and energy come from? The problem is, this isn’t how cosmologists see the big bang at all.

Popular science loves to portray cosmology starting with the big bang and ending with our modern universe, but in astrophysics we work the other way around.  We start with what we observe in the universe today, and work back as far as we can to the early moments of the universe.  This is an important distinction, because it means we don’t have to know every detail of the origin of the universe to know quite a bit about its history and early period.  In the same way, biologists don’t have to know exactly how early life appeared on Earth (abiogenesis) to know that the variety of life we see today evolved through natural selection from that early common ancestor.  Understanding that earliest moment is our destination, not our starting hypothesis.

So let’s walk through the process of how what we observe today leads us to conclude that the universe started with a big bang 13.8 billion years ago.  It’s a rather detailed process, but I’ve written about many of the underlying topics before.  Instead of restating all of them here, I’ve just summarized them and added links to earlier posts).  How far you want to delve into the details is up to you, but I think it’s useful to explain just how well we understand the origin and history of the universe.

The first clue was found by observing the relation between a galaxy’s distance and speed. There are various ways we can determine the distance of a particular galaxy.  For example, there are certain variable stars known as Cepheid variables that brighten and darken at a rate correlating to their overall brightness.  There is a type of supernova called type Ia that has a pretty standard brightness.  By observing the apparent brightness of these things in a particular galaxy we can get an accurate measurement of just how far away they actually are.

We can measure the speed of a galaxy by observing the Doppler shift of light coming from the galaxy.  Atoms and molecules emit and absorb light at specific wavelengths.  By observing this spectral pattern we can determine what type of atoms and molecules exist in a particular galaxy.  But if a galaxy is moving away from us, that pattern is shifted a bit toward the red end of the spectrum.  The light waves emitted from the galaxy are stretched a bit due to the galaxy’s motion away from us.  Similarly, if a galaxy is moving toward us, the pattern is shifted a bit toward the blue end of the spectrum, as the light waves bunch up a bit.  You’ve probably experienced this effect with sound, where the sound of a passing car or train sounds higher as it approaches you and lower as it passes you by.

When we observe different galaxies, we find that the light of most galaxies are red shifted.  Not only that, the more distant a galaxy is, the more its light tends to be redshifted.  This was first observed in detail by Edwin Hubble in 1927.  Hubble demonstrated that there was a linear relationship between a galaxies distance and its redshift.  When this was first observed, it was generally thought that the universe was pretty static. If that were the case, then one would expect galactic speeds to be random, with some moving toward us, and some moving away from us.  Since galaxies appear to be receding from us at a rate proportional to their distance, a better model is that of an expanding universe.  Not just fixed region of space where galaxies are flying away from us, because that wouldn’t account for more distant galaxies having greater speeds.  Instead it must be that the universe itself must be expanding, kind of like bread dough rising.

That seems like a rather radical idea (which it was), but it is the model that best fits the data.  It also agrees with Einstein’s theory of relativity, which has been verified extensively.  Einstein had actually had a chance to predict the expansion of the universe, since it’s a consequence of the theory of relativity.  But Einstein assumed the universe must be static, so he introduced a cosmological constant to allow for stationary universe.  More modern observations show that not only is the universe expanding, it is expanding at an ever increasing rate, and one way to account for this is through a cosmological constant.

Now this is a huge leap.  After all, no one looks at a loaf of rising bread and presumes a week ago it must have begun as ultra dense “primordial dough”.  Many astronomers thought extrapolating cosmic expansion back to a primordial atom was pseudoscientific nonsense.  Among them was astronomer Fred Hoyle, who actually coined the term “big bang”.  (It’s rumored that Hoyle meant the term to mock the idea, but Hoyle denied it.)  Hoyle proposed an alternative interpretation, known as the steady-state model.  In Hoyle’s model, the universe has a process of slow continuous creation of matter, which creates the positive pressure necessary to cause cosmic expansion.  Thus the universe is ever expanding, but is ageless.

The cosmic microwave background (CMB) and the evidence of cosmic expansion demonstrated pretty clearly that billions of years ago the universe was a primordial fireball.  But we have to be a bit careful here.  The simple existence of the CMB does not tell us the universe began as a primordial atom.  The CMB is not light from the big bang itself, but light from when the universe had a temperature of about 4000 K.  At higher temperatures hydrogen ionizes into a plasma of electrons and protons.  Light is heavily scattered in a plasma, so it isn’t possible for us to see anything further back than then.

Light travels at a finite speed (about 300,000 km/s), and that means the more distant an object is the longer it takes for the light to reach us.  That means when we view distant objects such as galaxies, we are seeing them as they were in the past.  It also means when we observe something that happened in the past, we observe how it happened light years away from us.  Our best measurement of the age of the CMB is 13.798 billion years ago.  That means the CMB we observe is from a region of space that was 13.798 billion light years from our current position at that time.  Due to the expansion of the universe, that region of space is about 47 billion light years from us today.  In other words, by the time the universe had cooled enough to condense into neutral gas (the time of the CMB), that gas covered a region at least  28 billion light years across, because that was the size of the observable universe at the time.

So now that we know that 13.8 billion years ago the observable universe was a primordial fireball 28 billion light years wide, what’s to say we can extrapolate further back than that?  What if the universe simply began as a fiery expanse of gas?  To go beyond the time of the CMB we need high energy physics.

We know high energy physics pretty well.  We’ve been doing high-energy experiments since the mid 20th century, so we have a good understanding of how matter behaves at high energies.  If we use this knowledge to extrapolate before the CMB, we reach a point where the temperature would be about a billion Kelvin, too hot for atomic nuclei to form.  If the universe began at least that hot, then as it cooled the protons would collide with such energy that a fourth of them would fuse into helium nuclei, a process known as nucleosynthesis.  That means the matter of the post CMB universe would have to consist of about 75% hydrogen and 25% helium by mass (with small traces of elements such as lithium).  This ratio agrees perfectly with the distribution of elements we see today.  We have recently observed the spectra of distant quasars and observed early gas clouds that contain no higher elements (carbon, nitrogen, etc), exactly as we would expect from nucleosynthesis.

This is what particle physics, astronomy and astrophysics tells us.  This is what we can demonstrate scientifically.  The early observable universe was once small enough to fit in the palm of your hand.

And we are a part of it all.